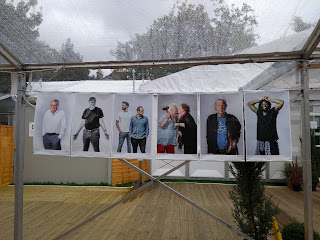 My day four of the festival, not actual day four. I went to see three events kicking off with authors Eva Dolan and Emma Viskic. 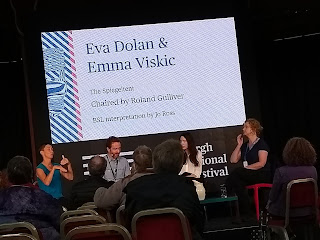 The event was chaired by Roland Gulliver and BSL interpretation by Jo Ross, the main character in Emma's book is deaf so felt it appropriate to have BSL during the chat. Emma's new book "And Fire Came Down" Caleb is her main character whom she was writing as a woman but it didn't work. Emma (and Eva) discussed using the plot to explore something that fascinated you or other issues. Eva said you need the murder to get you through the gates and then you can talk about everything else. Eva's book is "This Is How It Ends" and is a standalone and step away from her series. Eva almost gave up on the book as she had issues with the reveal, then a bolt from the blue and she had it down! Her book has two main characters, challenging themes, one younger character and one older, how they are brought together and of course a dead body! 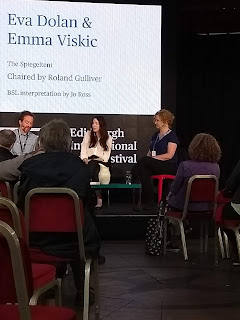 Both woman really hit it off almost negating the need for the chair, they chatted with ease, discussed racism, how people treat you when they, for example, hear their surnames and "passing" also as a woman outsider, these issues not so much in the 80s but how things are turning and touched on politics.


They discussed how broad crime is now (previously saturated in slasher style and how many ways to skin someone) and now how writers have really upped their game and that in turn inspired and pushes them as writers. Emma sees this as being a four books series. Both fascinating to listen to, I have read Dolan before but yet to read Viskic. 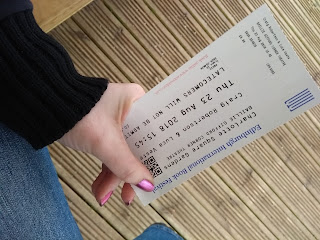 Up next was Craig Robertson and Luca Veste, these guys are funny and an hour isn't enough really. They were chaired by Zoe Venditozzi and Zoe said with so much to cover there would be no reading from the books, I think that was a good shout because the house went so quickly. Spotted in the audience, supporting their fellow writers were Chris Brookmyre, Mark Billingham, Eva Dolan and Craig's wife Alexandra was also there. 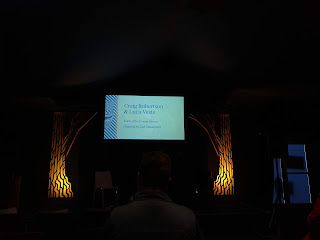 Craig was chatting about his book "The Photographer" the 8ths book but 6th in the series looking at misogony, violence against women and the dangers of social media. Luca chatted about his, "The Bone Keeper" a bit of a departure from standard crime, horror elements. Both have a bit of a theme of being watched & not knowing, Craig called Luca the Scouse Stephen King, Luca is delighted with that! 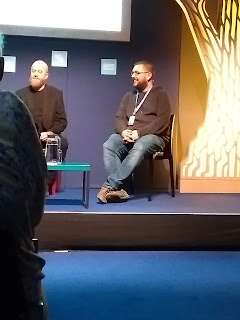 Discussing how they create, Craig advises he plots a lot more than Luca does, Luca admitted to texting himself ideas whilst Craig uses the note function on his phone. Luca has no current plans to return to his series as he is happy writing the standalones. They discussed the things fans have pulled them up for or commented on, one fan took Luca they now take the long way to their house because they can't pass X location where something bad happened in one of his books. Craig spoke of when he wrote "Murderabilia" he has three pieces of Murdeabilia, a piece of the fire place where Sharon Tate was killed, a lock of a killers hair and a letter written by another infamous killer. Really fascinating, I have read Veste before but not Robertson so bought one of his to try and have Vestes new one sitting on standby.


And last of the day Alex Bell and J A Henderson, I hadn't read any of these guys before but heard horror and thought oooh I will check them out, both I believe do YA although Henderson has some non fiction books and his next is about Edinburgh where he used to be a tour guide. 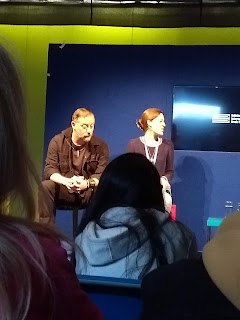 Neither really wanted to do the reading first but both did read a bit from their books and I am glad they did as I was unfamiliar with their writing. Andrew's book is kids find AI that tells them the world will end if they don't break out a specific serial killer from jail and THEN put him back in. The story is about them doing just that and what follows. 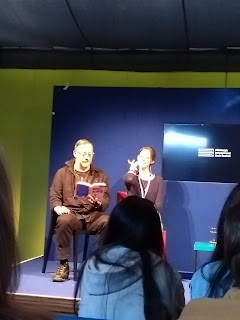 Jan talks of how he plans, starts with an idea, sees where it goes and starts to form a plot. ANything can then change it, something he is watching, hears etc. 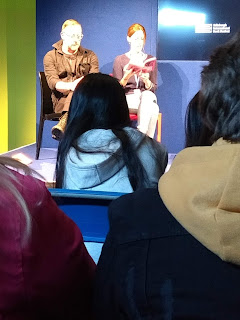 Alex then read from "What Charlotte Says" a prequel to "Frozen Charlotte" and discussed how she goes through the writing process. She knows the opening and how it will end. She has given up on planning as it just doesn't seem to work for her. On research Alex admits she doesn't normally do a lot of research but she did for the prequel, researched haunted dolls and there are lots of stories out there. Jan admits he would sell his soul for his book(s) to be picked up for a movie and would sell no issue, Alex would love it but feels she would be particular about the details. Jan admits to not reading much at all and whilst watches movies finds himself picking them apart. Alex spends a ridiculous amount on buying books, she loves horror movies. What was fantastic about this was this event, for me, was the amount of young readers who were so excited and engaged with what the writers were saying. Almost all had at least one book with them, I love this, especially in this day and age where technology and mobiles seem to be everything and everywhere!


Despite the weather being vile I had a fantastic day. 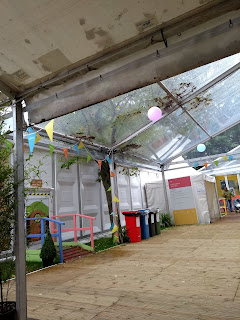