I think as it is Halloween, a wee additional giveaway is required. This is a vampire book, I haven't read any of this series before. Blurb is from Goodreads. 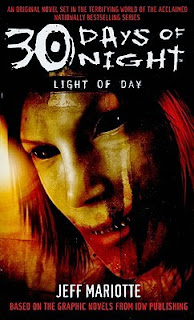 A terrifying species of legend that exists in shadow and thrives in night, preying on and intriguing an unsuspecting modern world. An amoral, clandestine government operation that uses whatever means necessary to inflict maximum damage upon one of the most frightening and demonized forces humanity has ever encounteredÉ And all of mankind is threatened by the chain of events set in motion by this unrestrained conflict, and the ripple effects of a new element to the hostilities will forever alter the rules of engagement....

The competition will run until the 31st. As always, the more options you do on the Rafflecopter, the more entries you have. Good luck guys and gals. a Rafflecopter giveaway
Posted by So many books, so little time at 21:53 6 comments:

NR - The Golem of Hollywood by Jonathan & Jesse Kellerman

The Golem of Hollywood by Jonathan Kellerman
My rating: 2 of 5 stars

Blurb from Inside of the book cover

Detective Jacob Lev wakes one morning, dazed and confused: He seems to have picked up a beautiful woman in a bar the night before, but he can’t remember anything about the encounter, and before he knows it, she has gone. But this mystery pales in comparison to the one he’s about to be called on to solve. Newly reassigned to a Special Projects squad he didn’t even know existed, he’s sent to a murder scene far up in the hills of Hollywood Division. There is no body, only an unidentified head lying on the floor of a house. Seared into a kitchen counter nearby is a single word: the Hebrew for justice.

Detective Lev is about to embark on an odyssey—through Los Angeles, through many parts of the United States, through London and Prague, but most of all, through himself. All that he has believed to be true will be upended—and not only his world, but the world itself, will be changed.

The book opens in Prague with Heap, a serial killer who is stalking his next victim. Just as he swoops in for the kill, he is intercepted by a supernatural presence stops in him in tracks. We flick then to Los Angeles, Jacob Lev a police officer with an alcohol dependency and a woman he becomes obsessed with who leaves his life as quickly as she entered it. A case has come up, Lev is getting on peoples nerves and this combined with his Jewish background puts him forward to investigate a murder. A decapitated body, in part, a message left in Jewish writing at the scene and Jacob has little else to go on. As well as this we have another story, Cain and Abels sister, Asham, her choices or lack of and their repercussions, this is visited periodically throughout the book. Feeling confused? Exactly how I felt!

This book has too much going on in it for my liking. Too many different story lines, seemingly unrelated to each other, religious themes throughout, murder, bizarre sex, supernatural creatures, beasties, violence and thats just some of the content. The sexual element, for me, held no major significance, maybe there was and it was just over my head. However it was very weird, disjointed and didn't add to the story. When Jacob is investigating, I liked that although he did seem to get nowhere fast and constantly met resistance, even by those who put him on the case.

His relationship with his father is another line in the story, a seemingly nice, vulnerable Rabbi, worried about his son, who has lost his face and met alcohol since the death of his mother. His father often is featured along with some Jewish tales which I did find interesting however, like I said it is a busy busy book. It seemed to go off on tangents, I had a headache trying to keep up with it and work out what was relevant to what I had already read.

It isn't all bad, like I say I liked when Jacob got into investigating, I liked reading the Jewish stories and learning of some of the Jewish relation. The descriptions where some of the story took place was very detailed and painted a good picture, there is no doubt these writers are good however, maybe together it just doesn't gel. I have read and enjoyed Jonathan before but not Jesse, maybe that was my issue, along with the jumping about and weird sexual scenes. I also had issues with how some of the story lines were wrapped up, I don't like to be left hanging but I would prefer that to things that make no sense or just don't flow. That said a lot of people love this book, including Stephen King, whom I love, so if you have no issue with the previously mentioned give it a go, sadly it wasn't for me. 2/5 this time, I would read Jonathan Kellerman again and I would try Jesse Kellerman, both writing alone, I doubt I would pick up a joint effort by them again though as I really struggled with this and the things I disliked far outweighed those that I did.

Hot Flush by Helen Fitzgerald
My rating: 3 of 5 stars

Menopausal probation officer Eileen McDonald has lived an ordinary life, without taking any risks, unlike Jim Bain, a car-thieving probationer she's responsible for. When she finally cracks during a hot flush in a changing room, it's him she turns to for help, and he accompanies her on a journey she will never forget.

What a short sharp wee blast of a read. Weighing in at only 97 pages, you could get through this in half an hour. Our two main characters are Eileen McDonald, probation officer and hitting the menopause. Next up is Jim Bain, young, cocky and has a wrap sheet that has only the crimes he has been caught for. Jim and Eileen are forced together in group, Jim to complete the program or face jail and Eileen by choice, it is the profession she has chosen. When Eileen's boring, set routine life is turned upside down by a rash decision, she finds that instead of reporting boy wonder for his fresh mouth, she needs his help, for the skills he knows best. Together they embark on a journey that changes life as they know it, for both of them.

I thought this was going to be a unexpected romance, don't ask why I got that idea, however it isn't. This is a tale about a woman who follows rules and routines, every day of her life, until one snap decision and quickly has to deal with the fall out from it. Jim has an attitude, in trouble with the law, young, set in his ways, quickly realizes he needs to help someone to save his own bacon.

The whole event is spread out over one day, although both have glimpses into their past that explains or gives more detail to the person they are now. It is fairly easy to read, some sexual content is in the tale although nothing excessive and the chapters are small which also contributes to it being a quick read. The tale is set in Glasgow, which, it is always nice to read somewhere you know. This is the third story I have read by this author, all of them very different from the last, she certainly holds your attention. 3/5 for me this time and I will buy up more of her work.

Apologies for the massive delay in getting this months competition up and for my lack of posting. University has been a lot more demanding than I imagined. In fact, normally I still read my fiction on the bus, to and from University but have even been reading coursework on the journeys and even at night before bed, usually reserved for my fiction.

As a result, I haven't been getting through many books at all, therefore this month I have to put up a wee £5 Amazon voucher in place of a book. 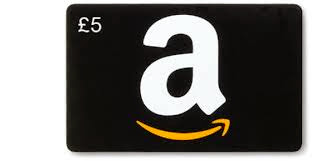 As always, the competition will run until the end of the month. Entries can be gained by filling out the Rafflecopter, the more options you complete, the more entries you have. Please note, the entries are checked upon drawing a winner, any incomplete will be disqualified and another winner chosen, sadly this has happened a few times. No postal address required but the mandatory box will be for the email, this will be kept confidential and deleted after the competition, so I can send your voucher upon the draw ending.

Good luck everyone and as always, thanks for stopping by. Have a great week!

Bridesmaids by Jane Costello
My rating: 4 of 5 stars

Four weddings, three disgruntled ex-boyfriends in the congregation, two wayward 'chicken-fillet' boob enhancers, and one gorgeous man, it's tough being a bridesmaid.

This is a great chick lit book. Evie is one hour away from walking down the isle in front of her best friend, Grace, who is getting married. It's stressful, things are going wrong however, her chicken fillets are in place and she spots a hot specimen whilst on an errand. Things go hilariously wrong from there on in and this is only the first of a few weddings Evie is part of. Evie has a string of ex boyfriends who seem to crop up at the most inopportune moment. Her mother is quite unique and a little embarrassing and all of these weddings are filling her with dread.

This book covers friendship, relationships, wedding preparations, betrayal, secrets and love to name just some of the themes. The book is made up of short chapters which is great for picking up and putting down however the content will make you want to read it in one sitting.

It is light hearted with some serious themes, it reminded a bit of the movie Bridesmaids, if you liked that you will love this. First time reading this author, I would certainly read her again. She had me laughing out loud, recalling some of my own past relationships and sympathizing, and hating, some of the characters. 4/5 for me this time and if your just wanting something light or a good holiday read, look no further.