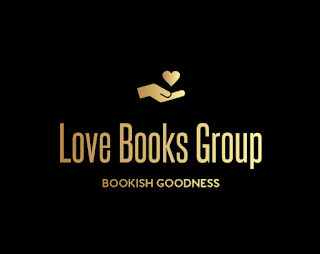 Today is my stop on the blog tour for Sea Babies by Tracey Scott-Townsend, this is a #LOVEBOOKSGROUPTOUR. 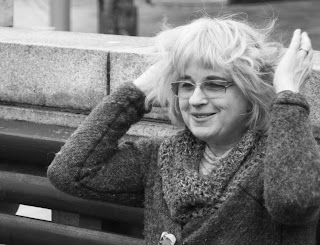 About the Author:
Tracey is the author of The Last Time We Saw Marion, Of His Bones, The Eliza Doll and Another Rebecca. Her fifth novel, Sea Babies is out now. Tracey is also a visual artist. All her work is inspired by the emotions of her own experiences and perceptions.

Tracey is the mother of four grown-up children and now spends a lot of time travelling in a small camper van with husband Phil and their rescue dogs, Pixie and Luna, gathering her thoughts and writing them down. 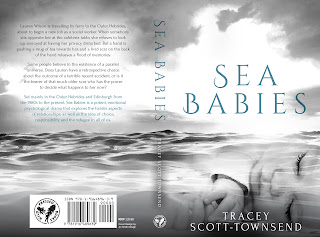 Blurb
Short Description:
Lauren Wilson is travelling by ferry to the Outer Hebrides, about to begin a new job as a social worker. When somebody sits opposite her at the cafeteria table, she refuses to look up, annoyed at having her privacy disturbed. But a hand is pushing a mug of tea towards her, and a livid scar on the back of the hand releases a flood of memories.

Some people believe in the existence of a parallel universe. Does Lauren have a retrospective choice about the outcome of a terrible recent accident, or is it the bearer of that much older scar who has the power to decide what happens to her now? 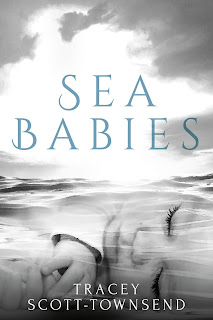 The book is available to buy now, click HERE to go to Amazon.

For my stop I have a wee content spot, enjoy.

I was surprised to discover that one of the themes at the heart of my new novel Sea Babies is actually Quantum Theory. My son put a name to it when I described to him that at the beginning of the novel we find Lauren in the cafeteria of a ferry to the Outer Hebrides, where she’s about to take up a position as a social worker, and, quite by accident, she comes face to face with a former lover, Neil, who she hasn’t seen for thirty years. By the end of the book, we discover that the reality Lauren believes she’s in is completely turned on its head by Neil’s alternative perception of their situation at that moment – at the same time altering several other minor storylines. This turns out to be the parallel universe, or multi-world branch of Quantum Theory. I was quite chuffed, to be honest.

Another inspiration behind the novel is a short story called The Sea-Baby by Eleanor Farjeon. I found it in Stories by Firelight, selected and illustrated by Shirley Hughes. A drowned village is exposed by an exceptionally low tide after a night of storms, and a child rescues a baby from one of the houses. She runs home with the baby in her arms, chased by the returning tide which has sealed itself back over the lost village. The sea baby stays awake for a whole week until the night of another storm, when its mother swims though the darkness and reclaims her baby from the child’s bedroom. The baby, who has remained awake for the week she stays with the child, finally settles into sleep in her mother’s arms.

This made me think of Old Kilnsea on the East coast of Yorkshire, which was taken by the sea in the 19th Century, and of the enduring connection I have with the area because of the year I spent living at Blackmore House in (new) Kilnsea in 1984, when I lost the baby I was carrying at six months. I imagine the possibility of being reunited with her if the cliffs I walked along then, much depleted in the decades since, were to be exposed again as in the story. In my novel, Lauren’s granny tells the story of the sea-baby to Lauren and her siblings and she relives a version of it in her parallel universe.

Another theme behind Sea Babies is displacement. I began writing Sea Babies in 2015, the year the heartbreaking image of three-year-old Alan Kurdi, washed up on a beach and appearing as though only sleeping, hit the headlines. For a while it felt as though the world might open its heart to refugees. In my book Lauren and Neil discover that they’ve both spent time working in refugee camps and each tells of a particular refugee friend who has claimed a special place in their heart.

I drew inspiration from my mother’s extinct care work files for an understanding of Lauren’s job as a social worker, and from word-of-mouth accounts of family situations from children I’ve worked with in the past.

Finally, an idea for a specific structure for the first part of this novel came from a viral YouTube video of a 2010 art-performance by Marina Abrovomich. It caught my attention and deeply moved me around the same time that I was planning the book. In the MOMA in New York she sits at a table with her eyes closed, while strangers sit down opposite her. She opens her eyes and they stare into each other’s faces for sixty seconds. At one point she opens her eyes and discovers it’s her ex-lover sitting there. They’ve been reunited after thirty years apart. The camera shows intense emotions playing over their faces as they gaze at each other without speaking. This is what I wanted to convey in the first part of my novel, only I reversed the situation and decided not to allow Lauren to look at Neil’s face until she had relived their past in her mind.

Those are just a few of the things that helped me build a framework for Sea Babies. A massive influence was the landscape of the Outer Hebrides, particularly the wonderful, unspoilt district of Uig and the township of Ardroil, and the cottage I settled on as Lauren’s fictional home. I have many happy memories of camping there. I also enjoyed my research stays in Edinburgh, and Glasgow – my paternal grandfather’s birthplace.

Thank you very much for having me on your blog. I hope you’ve enjoyed reading about the inspiration behind Sea Babies.

Please check out the other stops on the blog tour, we all offer different content and you will find some epic book bloggers! 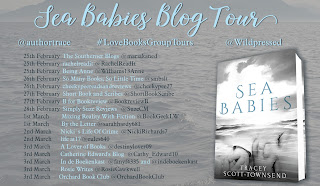