Today is my stop on the final day of the blog tour for Stealth by Hugh Fraser.

This is my first ever tour for Love Books Group, I am sharing my day with two other bloggers, please check out their stops too. 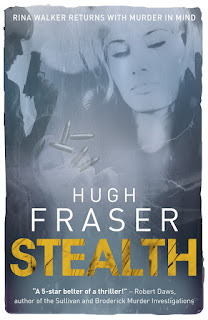 When a step out of line means a fight to the death...
London 1967. A working girl is brutally murdered in a Soho club. Rina Walker takes out the killer and attracts the attention of a sinister line-up of gangland enforcers with a great deal to prove.
When a member of British Military Intelligence becomes aware of her failure to fulfil a contract issued by an inmate of Broadmoor, he forces her into the deadly arena of the Cold War, with orders to kill an enemy agent.

Rina needs to call upon all her dark skills, not simply to survive but to protect the ones she loves.
Buy Link - https://amzn.to/2Qxzn53 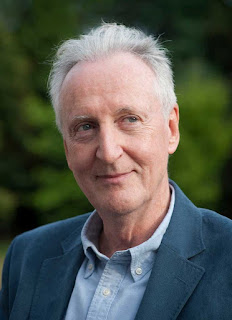 Hugh Fraser is best known for playing Captain Hastings in Agatha Christie's 'Poirot' and the Duke of Wellington in 'Sharpe'. His films include Patriot Games, 101 Dalmatians, The Draughtsman's Contract and Clint Eastwood's Firefox. In the theatre he has appeared in Teeth'n'Smiles at the Royal Court and Wyndhams and in several roles with the Royal Shakespeare Company. He also composed the theme to Rainbow! #Lovebooksgrouptours

Stealth by Hugh Fraser
My rating: 3 of 5 stars

When a step out of line means a fight to the death... London 1967 A working girl is brutally murdered in a Soho club. Rina Walker takes out the killer and attracts the attention of a sinister line-up of gangland enforcers with a great deal to prove. When a member of British Military Intelligence becomes aware of her failure to fulfill a contract issued by an inmate of Broadmoor, he forces her into the deadly arena of the Cold War, with orders to kill an enemy agent. Rina needs to call upon all her dark skills, not simply to survive, but to protect the ones she loves.

1967, meet Rina Walker, pretty much a killer for hire. She is tough, takes no nonsense, fights for what is hers and has a penchant for protecting those weaker than her. When someone is murdered in her girlfriends club Rina goes after the killer and attracts the attention of more than one organisation. Her hand is forced to do a job that tangles her with the British Military Intelligence whilst avoiding a few faces who are also targeting her. Life is anything but simple for Rina, add into all of that when she sees someone being prayed upon she can't help but put herself on the line and intervene!

So this is book four in a series I believe but my first time reading this author. I don't feel I missed anything out by not reading the previous books however I did like this one so much I will be visiting the books that come before it. Rina is such a great character, she is a brutally strong female, an assassin which is practically unheard of in the time period it is set. She is a lesbian which would also be a huge issue for that era yet nothing phases her or stops her being who she is. She is solid, ruthless, brutal, a killer and yet we see a softer side of her with those weaker, with her family, with her lover. She is a really well rounded character and I cannot wait to read more of her antics and catch up on her back story.

There are a few themes within this book that some may find difficult to read. Sexual abuse, deviancy, child abuse, rape, violence and torture which I know some readers really struggle with. For me there was an incident that I had to read twice and couldn't wrap my head around the characters reaction or lack of, for real life regardless of who you are that isn't a reaction that rang true for me and we didn't revisit it at all. I am sure many readers would get past it or maybe not even clock on but it is just something I had to mention as it was really one of the only things in the book I didn't get or love.

Talking of love, the music within this book absolutely needs highlighted. It is the 1960's and lots of our gangster's business and meetings takes place in clubs. Music playing in the background in many scenes whilst not the focus of the particular part in the story was actually a huge pull for me. I LOVED THIS and it was such an unexpected perk within the book, you read crime and brutality you don't think you are going to get something like music as maybe more than a passing reference. If a book was ever written to come with a soundtrack it should absolutely be this one, I was taken on such a great trip down memory lane. Some songs I hadn't heard of before so my Alexa fair worked for her money the two days I was reading this book. I would love the publishers to create a playlist for this book, some amazing tunes that just make the scenes a wee bit more vivid and real when playing out the story in your head.

A book that packs a punch, has skulduggery, lots of violence and rage, good and bad, love, relationships, right and wrong, amazing music and that is just some of the themes. My first dance with this author it will not be my last, 3.5/5 for me this time. Thanks so much to Lovebooksgrouptours for introducing me to a new author I may well have missed