Today is my turn on the blog tour, arranged by Random Things Tours, please check out the other stops as we all offer different content.

The 13th Witch by Mark Hayden 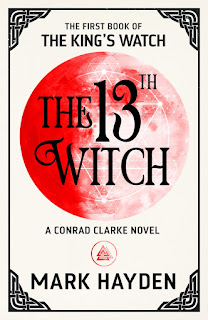 BLURB: Did you know that the gods can use mobile phones? They can, and Odin has a message for Conrad…Conrad Clarke, former RAF pilot and alleged gangster gets a text – and a visit – from The Allfather.Odin has a challenge for Conrad: sign up to protect England from wild magick and get a commission in the King’s Watch.All he has to do is find a missing witch. Simple.Conrad never could resist a challenge. Before you can say “Ragnarok”, he’s plunged into a world of gods, mages, witches, dwarves and one very aggressive giant mole.But the witch doesn’t want to be found, and powerful mages will kill to keep her hidden. Going back isn’t an option. Going forward looks a lot like death.Armed with nothing but a sense of humour and a willingness to cheat, Conrad has to find the Witch and save his life.Treat yourself to a copy now and experience a whole new universe of magick. And moles… 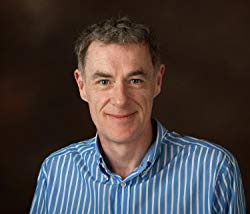 ABOUT THE AUTHOR: Mark Hayden is the pen name of Adrian Attwood. He lives in Westmorland with his wife, Anne. He has had a varied career: working for a brewery, teaching English and being the Town Clerk in Carnforth. He is now a part-time writer and part-time house-husband. You can find Mark on Goodreads and on the Paw Press website.

Ever had a text from a deity?
Conrad Clarke did.

Someone has plans for Conrad, and those plans don’t involve an easy life.

Conrad Clarke, former RAF pilot and alleged gangster is dragged out of his comfort zone by a visit from The Allfather.

Before you can say “Ragnarok”, Conrad is plunged into a world of gods, Mages, Witches, Dwarves and one rather aggressive giant mole.

But he has next to no magick of his own.

Armed with nothing but a sense of humour and a willingness to cheat, Conrad has to save the Witch – and his life.

Welcome to a new magical series! Meet Conrad, former RAF man going about his business when he gets contact from "The AllFather" nothing like a text from God to knock the stuffing out of you. Trying to keep the peace at home and getting his head round contact from God Conrad thinks his leg is being pulled. Sure enough he is soon signing up for a mission that takes him from our world into one with legends of Norse mythology, magic, dwarves as we have never seen them and a gigantic talking mole. No one has succeeded before Conrad and they had magic in their bag, all he has is his wits, humour and air force training, will that be enough?

Guys if you read the blurb you KNOW what you are getting with this book, magic, legends, a mission and humour. Think Harry Potter meets Lord of the Rings meets an action movie and you have a flavour of what to expect. Conrad is a good guy, loyal, smart and funny, after reading this I learned he is in non magic books so I think I will need to check them out as I do like him as a character.

Along the way we meet some of the legends from Norse mythology, some jovial references to Harry Potter and some terms that along the way I had to flip back to see what they meant again. I think a glossary or appendix in the book with the terms and what they mean and all the "whose who" of the characters would help also as I got a wee bit muddled at times. After having read a sourcery book recently I remembered how much I enjoyed books with a bit of magic, another world within ours and this book was perfect for reading with that in mind.

We have family dramas, relationships, the main character trying to stay alive in a mystical world that offers so much danger the odds are ever against him. Particularly when no one is giving him much of any information that might actually help him for what he needs to do. The reader has to wait with Conrad to try and find out what is expected, how he is meant to do it and stay ahead of the game. Danger is constantly looming and not much faith is being put in Conrad yet he is a trooper, goes from task to task and keeps not only his humour but, and for me this was a big thing, his word. He seems an honorable guy and I don't think we get that such much in a lot of the stories - for me that is a thumbs up and I hope he keeps that throughout these books and the previous ones.

I found myself rooting for him along the way and even liking some of the mystical creatures, not sure that was the authors intend but there are a lot to like in this. This is book one in the series and a good foundation book for getting a feel for what is to come. Not only was I vested in Conrad but I would love to hear more about some of the other characters too and see what is coming next for them. I would have liked a bit more backstory on some of the characters and I am hoping as the series progresses we will get that. This book for for part of a blog tour and one I may have bi passed, I am so glad this came my way and I have ordered book two already. If you are looking for something a wee bit different, action packed, a mix of magic and non magic folk with some cross over and Norse legends then stop looking and get clicking. 3.5/5 for me I cannot wait to read book two and think they will go strength to strength, rooting for Conrad!