My Name is Anna by Lizzy Barber Blog Tour 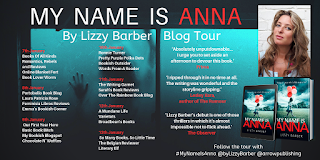 Today is my turn on the blog tour and closing it for My Name is Anna, debut novel by author Lizzy Barber, please check out the other stops if you haven't already. 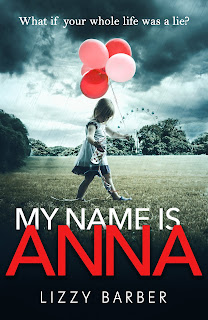 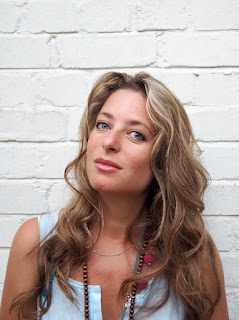 My Name is Anna by Lizzy Barber
My rating: 4 of 5 stars

Two women – desperate to unlock the truth.
How far will they go to lay the past to rest?

ANNA has been taught that virtue is the path to God. But on her eighteenth birthday she defies her Mamma’s rules and visits Florida’s biggest theme park.
She has never been allowed to go – so why, when she arrives, does everything seem so familiar? And is there a connection to the mysterious letter she receives on the same day?
ROSIE has grown up in the shadow of the missing sister she barely remembers, her family fractured by years of searching without leads.Now, on the fifteenth anniversary of her sister’s disappearance, the media circus resumes in full flow, and Rosie vows to uncover the truth.
But will she find the answer before it tears her family apart?

Anna has just reached her eighteenth year, instead of celebrating like a normal eighteen year old she is inspecting her skin for dirt/dust. Anna's mother has taught her about God and they both know cleanliness is next to Godliness, birthday or not she mustn't forget what is important. But Anna is troubled, she is having recurrent dreams/memories/thoughts of another time, another person? But who or what and why is it becoming more and more insistent. When she disobeys her mother and goes off on a jaunt with her boyfriend Anna may get more answers than she could have bargained for. Meet Rosie, plagued by her sisters disappearance, constant whispers, media interest always the other sister, Rosie just wants normality. Now on the anniversary of her sisters disappearance this is the last push for someone to come forward and Rosie is more driven this year than ever to find out what happened.

The chapters alternate between the two girls, poor Anna, living with her mother has echos of Carrie (Stephen King). Religious, OCD, minimalism it is clear Anna's mother is a bit of a complex character and this has impacted on poor Anna. Rosie is equally complex, having lived in her missing sister's shadow, watched the strain on her parents her own mental health has suffered. Self harm in many ways Rosie has tried to power through every single day of life figuring out who she is, other than the other sister.

The book tackles a few issues, some of which I can't comment on without spoiling and I never do spoilers. Mental and emotional health, survival, adapting to stunted social growth, family, secrets, lies, abuse, death, betrayal are just some of the themes. The reader knows early on the jist of what has transpired and now, fifteen years on how everyone is getting on. Despite this the book has many surprised and when you think you know everything Barber throws another curve ball.

I think the real hold in this story is just how believable it all is, I am sure if you trawl the news you will find many cases like this. It is the impact each of these happenings have on the characters, the ripple effect how one event impacts on another and on and on. It took me a wee bit to get into the character jumping but once I did I didn't want to leave either as I so wanted to know what happened next. Hooks you from early on, turning page after page to find out what happens next! A strong debut that has this reader excited to see what she will bring to the table next, one to watch for for sure, 4/5 for me this time!