Today I am closing the tour for Bone Lines by Stephanie Bretherton, if you missed the previous stops please check them out as everyone offers different material. Out to buy NOW, ebook and treebook format, CLICK HERE. 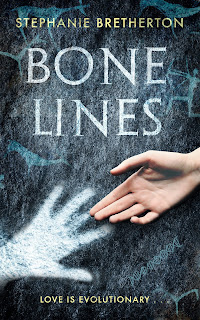 I do like this book cover, remember when I never used to bother with covers and now I am a bit of a cover tramp, love so many of them now! 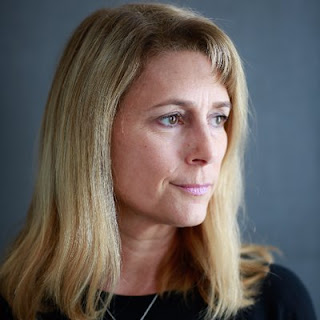 
My stop offers a wee extract post for the book, enjoy!


As the dawn tumbled through her tall windows and nestled beside her in the empty spaces of her bed, Eloise awoke, long before her alarm. Even before the plaintive cries of Newton, the belly-bloated old cat that seemed to love her. Although she knew this was also the kind of ‘love’ that was spread liberally around the neighbourhood and to anyone who would feed him. Eloise also knew that this was a sad old cliché. Single woman with cat. Oh well, never mind, she comforted herself in her habitual fashion. She cared little for what anyone thought of her anymore (the sabotage of self-loathing notwithstanding) and she had, for the most part, made peace with her decisions. But perhaps the time had come to consider getting a dog?

Dogs had been the consistent company of her childhood. Her surrogate sisters and brothers, how could her parents have denied her? Often these had been strays adopted at some foreign archaeological dig, against all advice, against all reason and always with the warning that she (and the poor bewildered hound) would suffer through six months of quarantine to bring it back to England. But Eloise was nothing if not determined when it came to saving things – and it always felt more than worth the trouble in the end. Especially with Won Ton, the mangy but determined little mongrel rescued from a cage at the back of a restaurant in Kuala Lumpur one summer, while on their way home from a sweat-soaked dig in the Bujang Valley.

This love of animals had been painfully tested along the scientific path and some terrible compromises had been made, even if Eloise had always been persuaded of the ‘greater good’ and, wherever possible, had avoided that kind of research. She could not deny, however, that innocence had been lost – and she felt unworthy these days of all that trust. All that unquestioning love.

Even when Newton had come into her life and chosen to stay it had seemed like his decision more than her own. Was she ready for a trip to Battersea, for a tour of the adoption cages and the agony of choosing? Oh Lord, she asked herself, how on earth would Newton cope with a canine interloper? Probably by deserting her for good in favour of less treacherous neighbours. No. No dog, not yet. Better not. Not with the start of this exhilarating new endeavour. Eloise knew she would be unable to offer the kind of dedication that such genuine devotion deserved.

Was it so important to be loved, she wondered? Better to be respected and remembered, surely. To be of service. (If not always agreed with.) Certainly her work as part of the team that had unravelled the human genome had not always been well-received. The full picture had confirmed not only how closely humanity was related but also how recently connected by common ancestry, indicating a global population crash, or series of crashes, in particular between 70,000 and 80,000 years ago. No one cause for this was clear but geological and climatic volatility, or other natural crises, seemed to have reduced humanity to barely viable populations at times. It seemed incredible that Homo sapiens had succeeded as a species at all. And yet, it was these kinds of genetic ‘bottleneck’ and ‘drift’ events that had influenced both DNA and human destiny so profoundly.

At first, colleagues in China had not been best pleased with some of the revelations from the genome project, local orthodoxy preferring to believe they had evolved entirely separately, from a much older stock of humanity. But most had acknowledged a more recent shared heritage with stoicism, if not complete conviction. For apart from tiny traces of DNA from archaic hominins who’d made earlier explorations, it was clear that all modern humans owed the majority of their blueprint to those few Homo sapiens in Africa who’d survived such crises, before spreading out once more.

Yet controversy arose with each new piece of the archaeological puzzle. Eloise was given to despair on several occasions as fringe elements found excuses in the latest evidence to interpret or justify some cherished belief. And as for the die-hard racists, how could they ever accept that we all owed so much to a handful of African mothers? That we remained so similar, so brotherly bound and demonstrably equal in potential. The New Age fantasists, although well-intentioned at least, were little better in her estimation, with their hare-brained hallucinations about extra-terrestrial or angelic intervention.

To Eloise, the knowledge of our tightly knit kinship was priceless. Mere fractions of differentiation. She might be growing increasingly grumpy with each diminishing ovum, but she remained a humanitarian at heart. Obviously the fundamentalists, of any faith, were out of the equation before you could say Darwin (or Dawkins) but ultimately, with time and the opening up of minds, she hoped that this molecular siblinghood would bring only good. Unity in diversity, the Galapagoan bequest. Perhaps in only another generation or so?

Eloise peeled herself away from the creamy tangles of her bedlinen, keen to prepare for a momentous day. Newton, aware now that something had shifted in the mood of this large and well-loved but little-changing home, followed her around with an insistent curiosity.