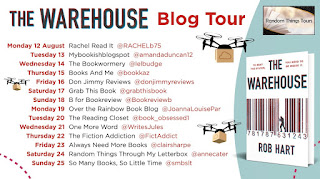 Today is my stop and closing the blog tour, for my stop I have my review, this book really makes you stop and think! 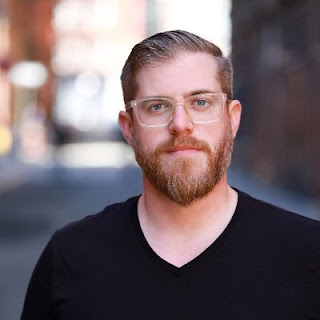 Rob Hart has been a political reporter, the communications director for a politician, a commissioner for the city of New York and is currently a publisher. The Warehouse is his first standalone novel. 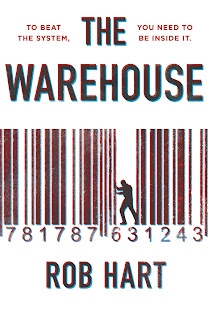 ‘TO BEAT THE SYSTEM, YOU NEED TO BE INSIDE IT’

An immersive dystopian thriller set in an America addicted to consumerism; gun violence, climate change and unemployment have ravaged the nation, and an online retail giant named Cloud reigns supreme. Rob Hart has taken our current reality and transformed it into a terrifyingly recognisable future.

Paxton never thought he’d be working Security for the company that ruined his life, much less that he’d be moving into one of their sprawling live-work facilities. But compared to what’s left outside, perhaps Cloud isn’t so bad. Better still, through his work he meets Zinnia, who fills him with hope for their shared future. Except that Zinnia is not what she seems. And Paxton, with his all-access security credentials, might just be her meal ticket.

As Paxton and Zinnia’s agendas place them on a collision course, they’re about to learn just how far the Cloud will go to make the world a better place.

The Warehouse is brilliantly devised and fantastic world-building. Set in the confines of a corporate panopticon that’s at once brilliantly imagined and terrifyingly real, The Warehouse is a near-future thriller about what happens when Big Brother meets Big Business–and who will pay the ultimate price.

Perfect for fans of The Circle, The Martian and Ready Player One.

The Warehouse by Rob Hart
My rating: 4 of 5 stars

A near-future thriller set in an America addicted to consumerism; gun violence, climate change and unemployment have ravaged the nation, and an online retail giant named Cloud reigns supreme.

Cloud brands itself not just as an online storefront, but as a global saviour. But, beneath the sunny exterior lurks something far more sinister.
____________________

Paxton is a would-be inventor put out of business by Cloud. He’s had his one shot at success ripped away from him – and now he’s urgently in need of money and a job.

Things get more complicated when Paxton meets Zinnia. He can’t work her out. She says she’s a teacher down on her luck, but she doesn’t look – or act – like a teacher. And she seems to have a plan all of her own.

With their agendas putting them on a collision course, they may both learn that the machine is just too big to be beaten.

Cloud is the ultimate company, if you mess up there you can pretty much kiss off a chance of working anywhere else. They own so much, fingers in all pies, they are the giant company that covers all your consumer needs. We meet their newest employees, Paxton and Zinnia, Paxton has his own reasons for getting a job with the company that ruined his business and Zinnia, Zinnia has her own reasons for getting into Cloud!

We get a glimpse into the corporate machine, Cloud gives one face to the world and it's workers see something else. Targets that impact on their health, Cloud seems to be too good to be true and someone wants to see if it is indeed all it portrays itself to be.

I really liked Paxton and see how his journey progresses as he wants to do a good job but has his own conflicts in doing so. Zinnia also wants to make good on her performance and targets but for different reasons to Paxton. They are so polar opposites and it is intriguing to see their development and how they go about their day(s) and their growing friendship.

I enjoyed the aspect of this super company, the power it has over consumers, workers, peoples lives and it makes you look at what is in our own world. We know of a company that is huge, we can order pretty much anything online but don't really think about what goes on for the workers. Obviously this is a book set in the future with conditions that are almost unthinkable in our current lifetime. That said look at some of the things that are being allowed currently, a scary prospect and one you can imagine, some parts of the story, not being so unrealistic. Certainly makes you think! 4/5 for me this time, this was my first dance with this author but it won't be my last!