The Girl at the Window by Rowan Coleman Blog Tour 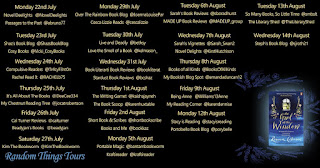 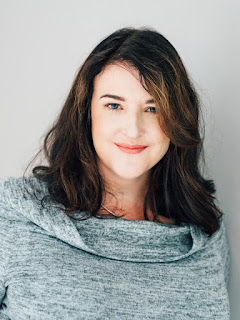 Rowan Coleman lives with her husband and their five children in a very full house in Hertfordshire. She juggles writing novels with raising her family. Rowan’s last novel, The Summer of Impossible Things, was selected for Zoe Ball’s ITV Book Club. Rowan has an everlasting love for the Brontes, and is a regular visitor of Ponden Hall. You can find rowan at www.rowancoleman.co.uk and on Twitter @rowancoleman 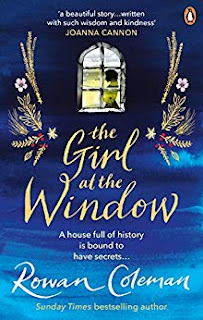 The Girl at the Window is a beautiful and captivating novel set at Ponden Hall, a centuries-old house on the Yorkshire moors and famously used as a setting for Emily Bronte’s Wuthering Heights. Known as the place where Cathy’s ghost taps on the window, Emily Bronte used to visit often with her sisters and use the extensive library there. It’s a magical place full of stories. In The Girl at the Window, Ponden Hall is where Trudy Heaton grew up, but also where she ran away from…

Now, after the devastating loss of her husband, Trudy returns home with her young son, Will, who refuses to believe his father is dead. While Trudy tries to do her best for her son, she must also attempt to build bridges with her eccentric mother. And then there is the Hall itself: fallen into disrepair but generations of lives and loves still echo in its shadows, sometimes even reaching out to the present...

The Girl at the Window is hauntingly beautiful, and centred on an epic love story with a twist that draws you in fast. The strong themes of grief, absent fathers and maternal instincts are consistent emotional pulls throughout. Trudy and Abe are the ultimate love story, but there is also a wonderfully atmospheric ghostly mystery to be solved as well.


The book is available to buy now, from AMAZON, ebook and treebook format.


Today is my stop on the blog tour for The Girl at the Window by Rowan Coleman, I have my review for my stop, enjoy.

The Girl at the Window by Rowan Coleman
My rating: 4 of 5 stars

Time taken to read - as able over 5 days

A house full of history is bound to have secrets...

Ponden Hall is a centuries-old house on the Yorkshire moors, a magical place full of stories. It's also where Trudy Heaton grew up. And where she ran away from...

Now, after the devastating loss of her husband, she is returning home with her young son, Will, who refuses to believe his father is dead.

While Trudy tries to do her best for her son, she must also attempt to build bridges with her eccentric mother. And then there is the Hall itself: fallen into disrepair but generations of lives and loves still echo in its shadows, sometimes even reaching out to the present...

A hauntingly beautiful story of love and hope, from the Sunday Times

Trudy heads back to Ponden hall with her son Will, to mend their broken heart after her husbands plane goes missing, presumed dead. Ponden Hall has always been special to Trudy, her beloved Bronte sisters, spent time there, there house has so much history and maybe even a ghost or two. Her relationship with her mother is strained, she is facing things she ran from and her obsession with the past, the Bronte sisters, particularly Emily and her love of literature will keep her busy. Ponden hall has so much history, character, stories, ghosts, love and secrets, now that Trudy is home again the house may be ready to give some of those secrets up.

Guys, don't shoot me when I say this but I have never been hugely bothered by the Bronte sisters, writing or their history. In actual fact, I would say it is more I have been ignorant of a lot of it, I may have one of the Bronte books on my huge to be read shelves but I don't think I have read them and knew nothing of their history. Trudy LOVES them, particularly Emily, the inspiration for her book where Trudy grew up. Coleman is a huge lover of them and you can see this in her creation of Trudy and this book. As a reader with almost zero interest in the Brontes I feel between Coleman and Trudy I may have caught a wee bit of the bug. I found myself putting the book down to google them, the house, what works had been published and her siblings. I actually need to bump Wuthering Heights up my tbrm after reading this.

The Girl at the Window has more than a few layers to it, we have present day with Trudy and her son heading back home and Trudy having to face her mother after so many years apart. Trudy and Abe (her hubby) back when they first met and Agnes - a young lady who is linked to the home and a sad and dark history. The timelines and shifts are well written and flow, teasing out secrets and written accounts that will bring them all together, past and present with secrets and scandal. There is also a spooky, ghostly vibe throughout, nothing horror or anything like that but woven in so well it brings the home to life and the hairs on the readers neck up a wee bit. An atmospheric read that covers love, relationships, deceit, secrets, lies set mostly in or around a historical house that I am now dying to go visit! 4/5 for me this time, I have a fair few Coleman books on the tbrm, I need to bump them up for sure!