As you may remember I went to my first ever book festival, Edinburgh Book Festival, last year. It was great and so many lovely people. This year my two friends came, they didn't book any shows they just wanted to check it out (mostly the gin bar!). We headed in on the train, the weather was variable to say the least. 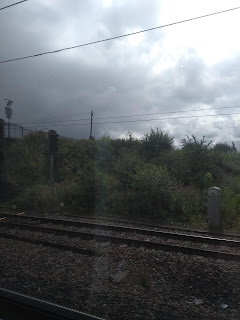 I was blessed and lucky enough to get a press pass again this year. 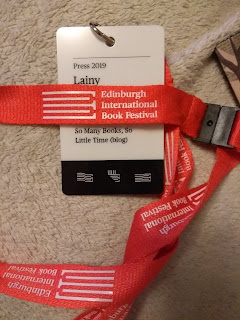 I remember last year the press yurt has wee ducks outside and was happy to see them appear again this year, kind of wish I had taken my own wee rubber duck and got a piccy, I have another day booked there so maybe take her then. 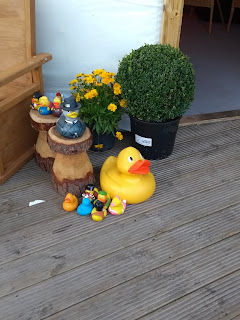 First up was Sandy, Sir Alexander McCall Smith. I have yet to read his books but seen him last year and after listening to him I bought one of his books and have another on the TBRM. He is hillarious, he just chuckles away, his stories are fantastic. He did a small reading from his book and said he doesn't like doing long readings. He joked about going to see an author before who read for 45 minutes from their book, folk were pretending to faint and even when ambulances came they still continued. He is just so funny, a breath of fresh air and I could listen to him all day. Any opportunity I get to hear him speak I will go to and advise everyone to go, you will come away smiling! We were treated to a violin musician too, beautiful and a poetry reading. 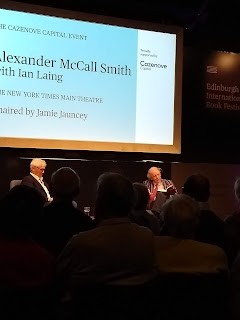 Up next was Sharon Blackie, this isn't an author I have read before and she does both fiction and non fiction. This is a book of fairytales retold bu Sharon and one of her own creation. She read the story and discussed how fairy tales have interested her since she was younger. Sorry I haven't edited the photos, I am shattered, back to work tomorrow and edited ones are on our Instagram. 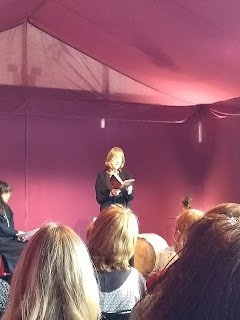 It is so nice to look around and see folk sitting reading books everywhere and just chatting and taking the scene in. 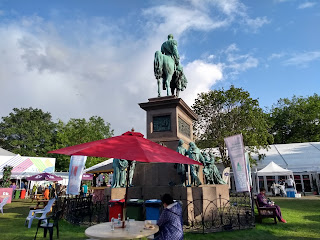 Four shows in one day is quite a lot so after a wee gab with the ladies me and Kelly grabbed a minute to get some ice cream, I don't do mint but I do like a mint choc chip ice cream every blue moon. The wee stall just across from the book store is really nice and they have a list of what is in each one, allergies headsup which is great as not all wee stalls have them. 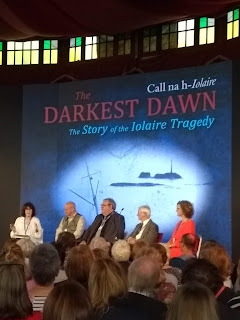 Up next was "The Story of the Iolaire Tragedy" discussing the book The Darkest Dawn. The tragedy itself that happened 100 years ago, words read from people actually involved and two songs performed that had been written after the disaster. Prior to the festival I had never heard of this but reading about it in the brochure I wanted to hear more. It was very emotive and during the whole talk photos of the men came up in the big screen in the background. I was moved and not in anyway related or aware of it before that day so can only image how those in the audience felt who were actually connected/related to those involved. 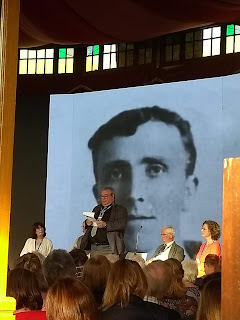 Last was Val McDermid, I had seen Val at last years event. She is a great speak *I did have to write down a word or two she used to see what it meant), her stories are fantastic. Val has written over 30 books and has a tv show from one of her creations coming up later this year. She is going to spend time in New Zealand teaching and continues to write stories that have captivated her audiences. 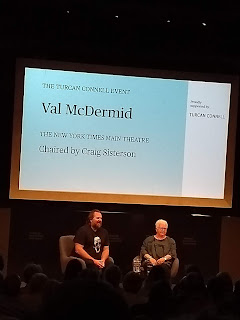 I am loving the purple around the festival, as you know it is my favourite colour. 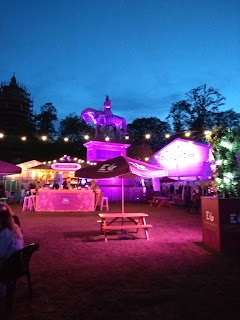 Edinburgh is such a beautiful city, I love seeing it all lit up at night. 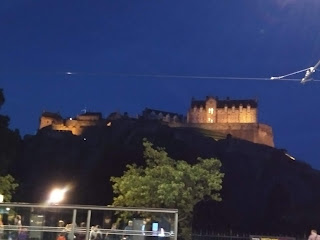