The Wrong Envelope by Liz Treacher 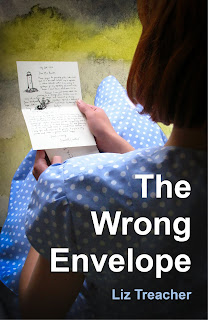 Blurb for the book

Summer 1920. Two worlds are about to collide.Evie Brunton loves her job. Twice a day, she spins along the narrow lanes of Devon on her bicycle, delivering letters from a heavy post bag. When the flamboyant London artist, Bernard Cavalier, drops like a meteor into her sleepy village, everything changes. Bernard is supposed to be painting for an important exhibition, but the countryside has its own charms, in particular his young post lady…Light and witty, and full of twists and turns, The Wrong Envelope is a charming romantic comedy. It captures the spirit of another age – when letters could change lives. 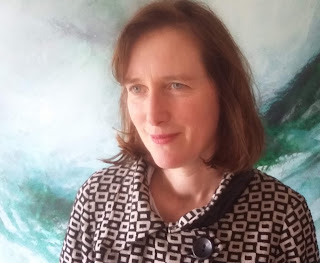 Liz is a writer, a Creative Writing teacher and an Art photographer. She lives in the Highlands of Scotland with a view of the sea. Her love of images influences her writing.

Her debut novel, 'The Wrong Envelope', is a romantic comedy, set in 1920 in Devon, England. It tells the story of Bernard, an impulsive artist and Evie, his beautiful post lady. You can watch the trailer on this page, under 'Videos'. Light and witty, and full of twists and turns, 'The Wrong Envelope' captures the spirit of another age - when letters could change lives.

The sequel, 'The Wrong Direction', follows Evie and Bernard to London, and charts their further adventures in Mayfair's high society. Wild parties, flirtatious models, jealous friends - Bernard and Evie must negotiate many twists and turns if they are to hold on to each other.

For my stop I have a wee extract from the book, enjoy! 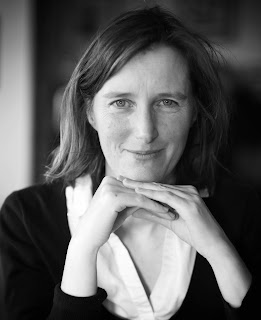 This extract is about when the post lady, Evie Brunton invites the artist, Bernard Cavalier for dinner with her parents.

Mr Brunton looked pointedly at his watch. ‘I’m sure he’ll be here any minute—’ Evie began. ‘I hope so dear, or the chicken will be overdone,’ said Mrs Brunton, hurrying out to have another look at it.‘I can’t abide lateness in a young man,’ said Mr Brunton.

The doorbell rang and Evie rushed to get it. Bernard was well turned out in a jacket and tie. But in the pocket of his jacket, an enormous spotted hanky, possibly the one that had earlier acted as a germ barrier, fanned out in an over-exuberant way. It seemed so out of place in their dingy porch that she couldn’t bear to look at it. It also made her dress look shabby somehow. ‘Do come in,’ she said. ‘Thank you.’ He was holding a bunch of flowers and they hadn’t travelled well. As he stepped into the house, a few heads fell off and landed on the carpet. She led him into the parlour where her father was waiting. ‘Bernard Cavalier,’ said her father, getting up to greet him. He said cavalier, like the adjective. ‘E – A. Caval E – A, like the French knight,’ Evie said quickly. ‘Mr Burnton,’ Bernard smiled, getting his own back. Mrs Brunton emerged from the kitchen, flushed from the range. Bernard gave a low bow. ‘Enchanté, Madame!’ he said and, taking her hand, kissed it in a very gallant manner. Mrs Brunton giggled. Then he held out the wilting posy. ‘Thank you. Wild flowers are my favourite,’ said Mrs Brunton graciously.

Evie quickly took them from her mother. ‘They look as though they need a drink,’ she said, keen to escape, even for a few moments. She ran into the kitchen, steamy from the vegetables boiling on the stove, opened a window and leaned her forehead against it. This was going to be a nightmare. When she came back through, Bernard was talking loudly, waving a glass of sherry around as he spoke. ‘I didn’t actually see active service,’ he was saying, ‘you see, luckily for me war ended while I was still in training.’ ‘I see,’ said Mr Brunton. ‘It feels awkward sometimes,’ confessed Bernard. ‘What, not getting maimed, gassed or killed?’ asked Mr Brunton helpfully. ‘I suppose I feel as if I didn’t really do my bit.’ ‘Well, I suppose you didn’t. Is dinner ready, dear?’

They moved from the parlour into the dining room. As they made the short silent walk from one room to the other, Bernard spied a piano across the hallway. ‘Do you play?’ he asked Mrs Brunton. ‘A little,’ said Mrs Brunton and she giggled again. The table was set with their best china and cutlery. Evie thought it looked very old-fashioned. Bernard sat opposite her and beside Mrs Brunton. As one, the Bruntons released their napkins from their rings, unfolded them and put them on their laps. Bernard ignored his. Between the grapefruit starter and the roast chicken, it rolled sadly onto the floor. The conversation improved over dinner: Mrs Brunton asked about London and Bernard was full of stories about people he knew and she had heard of. Evie picked at her chicken wing. Despite snubbing his napkin, Bernard had decent table manners. He managed to polish off his chicken, peas and roast potatoes without talking with his mouth full, spitting or elbowing Evie’s mother. This was silently noted by all three Bruntons. After the main course, Evie sprang up, cleared the plates and brought in the jam roly-poly.

The pudding was not one of Mrs Brunton’s best. The sponge had dried up, taking most of the jam with it, and the whole thing tasted rather rubbery. The covering of custard did little to disguise the disappointment of what lay beneath. Bernard gallantly pushed his helping around the plate and Mrs Brunton noticed. ‘I’m sorry about the pudding,’ she mumbled. ‘Mais Madame,’ replied Bernard, reverting to the French of earlier, ‘Votre cuisine est magnifique!’ ‘I beg your pardon, sir?’ Mr Brunton spoke fluent French. ‘I feel a song coming on!’ cried Bernard. As Evie choked on the last of her roly-poly, he jumped up and nimbly hopped over to the piano room opposite, leaving the door open. He settled himself on the piano stool and started to compose a ballad for his hostess.

The grapefruit was divine, the chicken was sublime, So who cares if the dessert is just a little tough? Yes, just a little rough, at least it’s not as dry as a desert. The reluctant audience could hear Bernard loud and clear, but they could only catch glimpses of him smiling at them as he swayed backwards and forwards, coming in and out of view from behind the doorframe, singing his heart out. Mrs Brunton looked confused and embarrassed; an expressionless Mr Brunton took the opportunity to stretch his neck, backwards and forwards, this way and that. Evie thought she might die of excruciation, wished she could, but she would first murder Bernard.