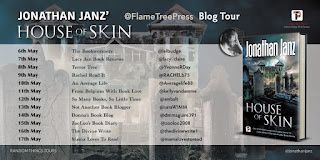 Today is my turn on the blog tour for House of Skin, please check out the other stops as we all offer different content. 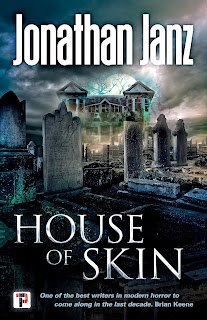 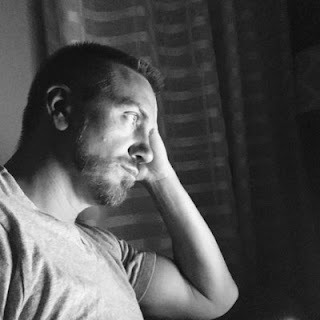 Jonathan Janz grew up between a dark forestand a graveyard, which explains everything. Brian Keene named his debut novel The Sorrows "the best horror novel of 2012." The LibraryJournal deemed his follow-up, House of Skin,"reminiscent of ShirleyJackson's The Haunting of Hill House and Peter Straub's Ghost Story" Since then Jonathan's work has been lauded by writers like Jack Ketchum, Edward Lee, Tim Waggoner, Bryan Smith,and Ronald Kelly. Novels like The Nightmare Girl, Wolf Land, Savage Species,and Dust Devils prompted Thunderstorm Books to sign Jonathan to an eleven-book deal and to give him his own imprint, Jonathan Janz's Shadow Side. His novel Children of the Dark received a starred review in Booklist and was chosen by their board as one of the Top Ten Horror Books of the Year (August2015-September2016). Children of the Dark will soon be translated into German and has been championed by the Library Journal, the School Library Journal,and Cemetery Dance. In early 2017, his novel Exorcist Falls was released to critical acclaim. Jonathan's primary interests are his wonderful wife and his three amazing children,and though he realizes that every author's wife and children are wonderful and amazing, in this case the cliché happens to be true. You can learn more about Janz at www.jonathanjanz.com.

House of Skin by Jonathan Janz
My rating: 3 of 5 stars

All it needs to live again is fresh blood!

Myles Carver is dead. But his estate, Watermere, lives on, waiting for a new Carver to move in. Myles’s wife, Annabel, is dead too, but she is also waiting, lying in her grave in the woods. For nearly half a century she was responsible for a nightmarish reign of terror, and she’s not prepared to stop now. She is hungry to live again…and her unsuspecting nephew, Paul, will be the key.

Julia Merrow has a secret almost as dark as Watermere’s. But when she and Paul fall in love they think their problems might be over. How can they know what Fate—and Annabel—have in store for them? Who could imagine that what was once a moldering corpse in a forest grave is growing stronger every day, eager to take her rightful place amongst the horrors of Watermere?

When Paul Carver inherits the estate of Watermere he is set for life, estate, money and finally the chance to write the book he has always wanted and escape his mundane life. A family he knew nothing about, his uncle Myles now dead everything is his. The book will be written,, the dead won't rest and Paul will find out why his family was so hated in this wee town.

If you think back to old school horror, the black and white movies on at the weekend in the 80s, hammer horror, haunted houses with eerie back stories you get the feel for House of Skin. We have a duo timeline, current day with Paul and the past with his uncle and the beautiful Annabel. Coveted by many, she is stunning, beautiful a force to be reckoned with, fierce, dark and deadly, Watermere was Annabel's home and Annabel isn't ready to let go.

There is a lot of spooky hair raising scenes, some subtle and as the book progresses the levels of chilling darkness rise. There is also a lot of sex, sexual undertones, obsession, haunting, abuse, some really dark elements of humanity. I think fans of horror will eat this up especially if you like books combined with sex, flips in and out of duo timelines and a building tension, 3.5/5 for me. I have read this author before and will read him again. I think a prequel to this book would be epic and have reached out to the author about it. I think there is so much of this, the past, that would be amazing to explore and uncover it would give readers tons of insight into these characters, I so hope he pens it, fingers crossed.