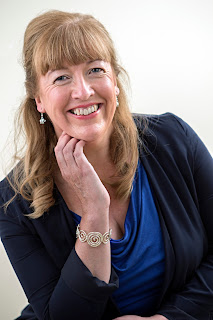 
How did you get the writing bug?

From the encouragement given to me by my teacher in primary 3, I think. She loved my stories and also put on a little play I wrote at the end of term. Her parting shot to me was that I should be a writer when I grew up. The seed just grew from there.


Where did the idea for Dead Man’s Prayer come from?

I suppose with your first book in particular you write the book you want to read so I threw a lot of stuff in there that I’ve always been interested in like twins, the corrosive nature of guilt, the ‘otherness’ of Catholic priests, our capacity for redemption and the devastation wrought by mental illness.


Religion plays a big part in the story, what made you go for this theme?

I attended the local Benedictine Convent in Dumfries from the age of five. Although the nuns themselves were lovely, back then Catholic education was quite extreme for an imaginative, impressionable child with a literal mind and it had a profound effect on me. At the age of eight I would lie awake agonising about whether I would be brave enough not to walk over the crucifix if the ‘Commies’ burst into my class and held a gun to my head. I would sit in my bedroom having called down God to one side of the wardrobe and the Devil to the other and try and get them to reconcile to bring about world peace. I also developed the habit of walking with my eyes cast down in case I looked up and saw the words, ‘Thou shalt be a nun!’ writ large in the sky, as you don’t get to say ‘no’ to God. I suppose all that guilt and angst had to bubble to the surface some time, hence the arrival of DI Farrell. Also, I felt that such a character offered the reader something a little different.


Do you see this being a long series?

I honestly have no idea as I think that will be determined by readers, rather than me. I certainly have plenty of ideas. The arrival of Police (Scotland) rather lobbed a grenade at crime writers who set their books in more rural areas. The second book in the series is set just before it comes into being but if I write a third I will require to have DI Farrell and DS McLeod based in the central belt and send them down as part of an investigative team. However, I feel that new dynamic would keep things fresh and provide plenty of scope for conflict so I would relish the challenge.


What are you currently writing?

I have just finished the second DI Farrell novel. The next thing I write is going to be something completely different and will be set in the Highlands.


Do you have any rituals or quirks you need to do before starting or finishing writing?

No, not really. I do seem to be able to shift industrial quantities of biscuits and coffee while I am writing though. I think it’s about procrastination as much as anything else. I’m about to start a new health and fitness regime though so I will have to learn to embrace my inner raw carrot instead.


Who is your go to author?

I like to read a variety of books. When I was younger I would become crazy for one author at a time and binge read all their books to the point that I would put myself off which was really annoying. I would say that on the crime front, my favourite author at the moment is Susie Steiner as I loved her book ‘Missing Presumed.’


What is your favourite/most recommended book?

‘The Rosie Project’ by Graeme Simsion.

I am on Twitter @JackieMBaldwin1 I have a Facebook Page at Jackie Baldwin Author and a website at www.jackiebaldwin.co.uk I love to hear from people. Writing can be a lonely business.


Anything else you would like to add I may have missed?

I would just like to thank you for having me on your blog, Lainey. It’s been fun! 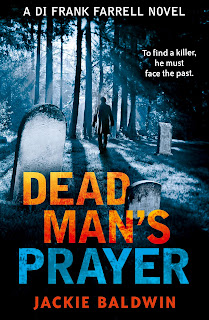 
a Rafflecopter giveaway
Posted by So many books, so little time at 15:29