Apologies things have been a bit quiet, I have a few reviews to catch up on, been to a few book launches and started a new job, exciting times! 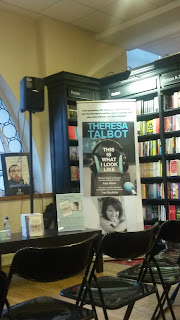 The first was at Waterstones Sauchiehall Street and was for Theresa Talbots debut novel Penance, the blurb is from Amazon.

Oonagh O Neil has a challenge on her hands - and her head over a toilet bowl. TV journalist and media darling Oonagh O Neil faces danger and chaos when an elderly priest dies on the altar of his Glasgow church. His death comes as she is about to expose the shocking truth behind the closure of a Magdalene Institution. The Church has already tried to suppress the story. Is someone also covering their tracks? DI Alec Davies is appointed to investigate the priest s death. He and Oonagh go way back. But their friendship counts for nothing when Davies suspicions falls on Oonagh s married lover. Oonagh now faces the biggest decision of her life. But will it be hers to make? What secrets lie behind the derelict Institution s doors? What sparked the infamous three-day riot that closed it? And what happened to the three Maggies who vowed to stay friends forever? From Ireland to Scotland. From life to death.

Theresa is a BBC broadcaster and freelance producer, she also has a previous book out about her, this is her first crime novel. 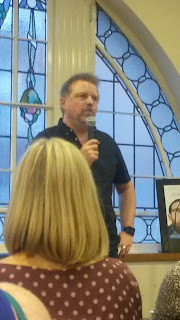 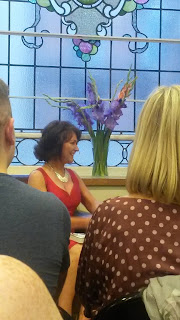 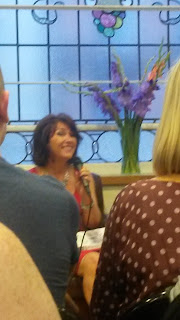 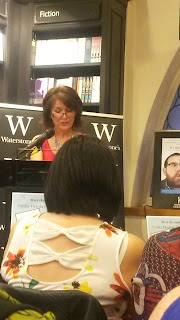 I haven't read the book yet however the reading from the book does sound quite good and I am sure I will pick up a wee copy along the way. The launch itself was a good night and quite busy. Theresa supplied refreshments of wine, water and juice which is always a really nice touch that some authors (often big well known names) don't bother with. It is lovely to see more books coming out from and about Scotland, if you have read this I would love to hear your thoughts.