N-4 Down: The Hunt for the Artic Airship Italia by Mark Piesing Blog Tour 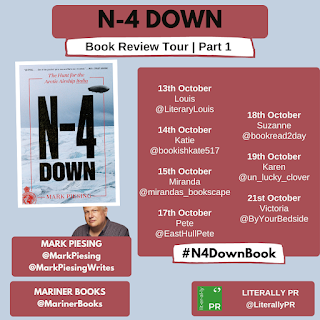 OUT NOW click HERE to buy from AMAZON UK, available in ebook and treebook. 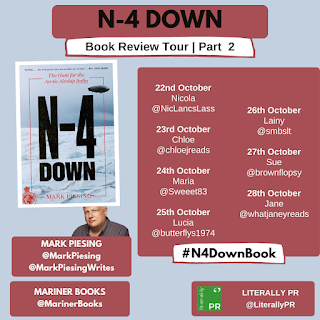 Today is my stop on the blog tour for N-4 Down: The Hunt for the Artic Airship Italia, for my stop I have my review

N-4 Down: The Hunt for the Arctic Airship Italia by Mark Piesing
My rating: 4 of 5 stars

The riveting true story of the largest polar rescue mission in history: the desperate race to find the survivors of the glamorous Arctic airship Italia, which crashed near the North Pole in 1928.

Braiding together the gripping accounts of the survivors and their heroic rescuers, N-4 Down tells the unforgettable true story of what happened when the glamor and restless daring of the zeppelin age collided with the harsh reality of Earth’s extremes.

History isn't something I read a lot of although as I get older I find I am getting more drawn to programs/books. N-4 down is about one of the biggest rescue missions to happen but it isn't just about that. We learn about some of the history of Zepplin travel, luxury trips, the making and history of some of these magnificent and I find rather scary air travel.

The book centers mostly around Noble, his struggle to conquer the North pole, his achievements and shortcomings, his feud/rivalry with a once friend/colleague to now competitor and enemy if you like. The build up to Noble's journey to the North pole which ends in the airship coming down, the crew needing rescued, the horror whilst awaiting rescue and what plagues Noble afterwards because of the decision(s) he made.

I find the fascination with these airships and the North pole so so interesting, I would put the book down to Google or go on YouTube and look up what had been written. The book has been so so well researched and there are so many references and links the reader can go and check out. Some of the scenes are horrific and make you hold your breath when you envision/read what they went through, the temperatures and many brushes with death.

This is very different from the types of books I normally pick up but as I get older I find myself more interested in history and I would have neve been able to set foot on one of these, even the luxurious style ones, too feart. However they are incredibly interesting to read about, what they were capable of and their uses, 4/5 for me.

View all my reviews
Posted by So many books, so little time at 00:30