The Rage of Dragons by Evan Winter Blog Tour 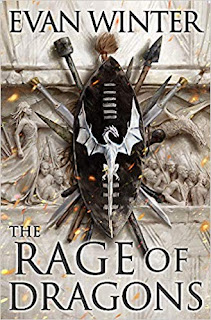 The Omehi people have been fighting an unwinnable war for generations. The lucky ones are born gifted: some have the power to call down dragons, others can be magically transformed into bigger, stronger, faster killing machines.

Everyone else is fodder, destined to fight and die in the endless war. Tau Tafari wants more than this, but his plans of escape are destroyed when those closest to him are brutally murdered.

With too few gifted left the Omehi are facing genocide, but Tau cares only for revenge. Following an unthinkable path, he will strive to become the greatest swordsman to ever live, willing to die a hundred thousand times for the chance to kill three of his own people.

You can buy the book in ebook and tree book from AMAZON now. 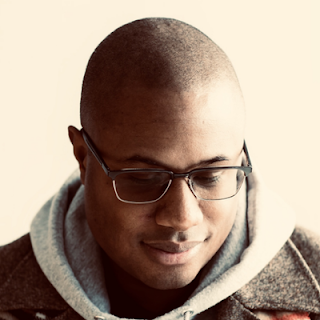 
Today, for my stop on the tour I have my review, enjoy.

The Rage of Dragons by Evan Winter
My rating: 4 of 5 stars

Game of Thrones meets Gladiator in this debut epic fantasy about a world caught in an eternal war, and the young man who will become his people's only hope for survival.

The Omehi people have been fighting an unwinnable fight for almost two hundred years. Their society has been built around war and only war. The lucky ones are born gifted. One in every two thousand women has the power to call down dragons. One in every hundred men is able to magically transform himself into a bigger, stronger, faster killing machine.

Everyone else is fodder, destined to fight and die in the endless war. Young, gift-less Tau knows all this, but he has a plan of escape. He's going to get himself injured, get out early, and settle down to marriage, children, and land. Only, he doesn't get the chance. Those closest to him are brutally murdered, and his grief swiftly turns to anger. Fixated on revenge, Tau dedicates himself to an unthinkable path. He'll become the greatest swordsman to ever live, a man willing to die a hundred thousand times for the chance to kill the three who betrayed him.

If you have a Game of Thrones hole in your life then you NEED to pick up this book. The war has been going for years, you have dragons, warriors (both men and women), the gifted ones, the ones who can change, becoming physically stronger, immense at fighting. The lessers and ungifted ones are often the first to die in the constant war, Tau is one of the ungifted. He just wants the girl, a quiet life and peace. When someone he loves dies Tau no longer has a choice and is driven by the need for revenge, finely tuning his body and skills he will avenge his people.

So, first things first there is a lot of terminology to get your head around. I kept thinking a glossary would have been so helpful and after over a quarter of the book I realised there was one at the back. It does help and I started to get my head around the terms but I would like to see a bigger glossary, explaining the differences between the gifted, ungifted, all of the in world terminology as it did get a bit confusing and I couldn't find all of the meanings or terms in the glossary. That said it is a blinding and bloody read.

Tau is the underdog, puny in comparison to many, he just wants a "normal" life. When the event kicks off that changes everything we see an epic personal journey, strength, honour, self discipline as he becomes focused on his one goal.

The book is blood soaked, death, murder, honour, fighting, warriors, magic, love, relationships, friendships and that is just for starters. For a debut and a fantasy one at that Winter has done an epic job creating a whole new world with magic, gladiator style battled with a mix of game of thrones and a wee pinch of dragons.

I think this is the start of what may well be a fantastic series. I am looking forward to book two and hope we see a glossary of full terms, families, words etc maybe on the website? 4/5 for me this time, if you like war, fantasy and one of the most driven needs for revenge, look no further!