Today is my stop on the blog tour for "Turner" by Jonathan De Montfort, this is a #LoveBooksGroupTour. 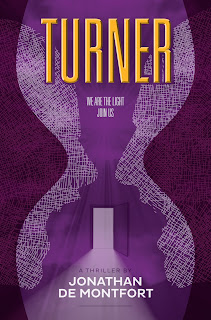 One Family. Two Brothers. One Big Decision. “We Are the Light Join Us”. Turner is a rich, dark, layered text that slowly draws you in before taking you on a roller-coaster ride of emotions in a story about what it means to be human, pure love and the sacrifices people make to preserve those things. Hero, a young boy joining a new school, discovers he has a unique ability. One he finds that he shares with his mysterious, enigmatic older brother James. Upon this realisation, the brothers’ bond is cemented as they embark on a complex emotional journey together, honing their skills and developing their understanding of what this new found ability can bring for them both. However, upon his eighteenth birthday, Hero learns that with his new ability comes a choice and whenever he makes a decision there are serious consequences. The story contrasts the parallel lives of the brothers as Hero decides to “Join the Light” whilst James takes an entirely different path and disappears . . . Will they ever be reunited?

The book is available in paperback, hardback and ebook, to get from Amazon - click HERE 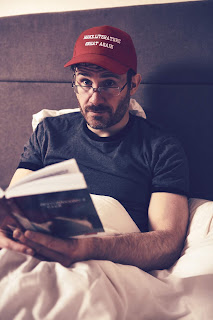 Jonathan de Montfort may not have had a conventional route into being an author, but his first novel “Turner” demonstrates his passion and commitment to the craft of writing, having taken four and a half years to write it! He already has ideas for a series of “Turner” novels and is committed to writing a new novel by 2020.

Starting his professional life trading the US500, he went on to work as a hedge fund manager. His experience in this area was the inspiration for a more innovative route into publishing and the birth of De Montfort Literature in 2018. Offering a new alternative route to the traditional agents and publishers, publishing has entered a new era. De Montfort Literature is a division of De Montfort Capital, a successful hedge fund with a passion for literature.

Recognising there is a dearth of good, new novelists, they decided to take what we know about hedge fund management and apply it to literature and the creation of a new generation of best-selling novelists. Turner is the first book to be released from DML, an engaging and challenging novel of love and sibling rivalry that is guaranteed to provoke both interest and outrage.

For my stop I have a wee content spot, enjoy.

Hero looked up at the digital clock in the centre of the trading floor: 6:15. The perfect time to stop. Just enough time to get to the gym and change. Sam had left some time earlier, saying he needed to warm up to have any chance at all, but the floor had become eerily quiet. He collected his kit bag and made his way towards the elevators. There was no one in the lobby, either.

Where the hell is everybody?

The sound of the lift doors sliding open reverberated, startling him. His skin bristled at the sight of the empty cabin. What the hell was going on? The lifts were normally bursting at the seams at this time of day. The soles of his shoes echoed on the floor with each step as he stepped into the lift and pressed B. The gears whirred into life, the motor emitting a constant hum as he descended.

He went to shift his kit to the other hand, but it wasn’t there. I could’ve sworn I picked it up. He looked down by his feet. It wasn’t there.

And then he smiled forlornly at what he saw instead. Of course. His suit had turned white. In his hand was a razor-sharp sword. They always come for you when you’re alone. His stomach imploded as the whirring gears were replaced by a low-pitched murmur of a thousand voices.

The walls of the lift seemed to be mirrors facing each other, disappearing backwards into an infinite fractal darkness. His heart accelerated as the darkness enveloped him, dragging him through the back wall of the lift.