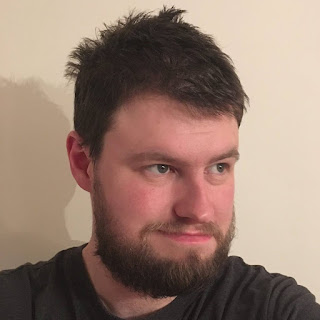 Welcoming Max to So Many Books, So Little Time, thanks for taking time out to answer some questions for us.

What made you decide to write the book?

Breaking The Foals, at its heart, tells a story of the historical Troy of myth and the characters who might have lived there. I suppose I had become so immersed in reading Homer, Virgil, Quintus and others like them, that I couldn't help but wonder: were any of their tales based on fact? I was aware of so many modern writers setting their books in the Bronze Age, but I couldn't find anyone who had actually researched the historicity of Troy and written a fresh story based on that research. This gap in the market was something that I was excited to try and fill.


What research did you have to do?

I read predominantly about the Hittite Empire, to which Wilusa - the historical Troy - was a vassal state. Fortunately, a number of scholars, including Michael Wood and Trevor R. Bryce, had explored the historical Troy and its culture in close detail, so there was plenty of material with which I could become familiar. But the research didn't end there. I accessed archaeological journals and visited Turkey as well to better immerse myself. The thing with research is that it can become addictive, and learning what the historical Troy would have been like was utterly compelling.


If you could liken it to a work already out or genre which would you liken it to?

Hard to liken it too much to something I've already read. But fans of Mary Renault, Emily Hauser and Madeline Miller may very well enjoy Breaking The Foals.


Who inspires your writing?

In terms of actual writers who've inspired me, the Number One author for me has always been the inimitable Louis de Bernières. I remember reading and adoring Captain Corelli's Mandolin when I studied it at GCSE level, and that prompted me to go on and read everything else the man had written - I have been enthralled ever since. My other two influences are Thomas Hardy and David Mitchell: both sublime in entirely different ways.

However, in terms of who inspires me to actually persevere with writing: that would be my two daughters. Writing is such a passion that I want them both to see that it is possible to succeed at doing something you love.


What is next for Max?

As I am a debut novelist, next is for me to carry on building an audience and getting my name out there. I recently read at Brixton BookJam, and will be part of a panel at an all-day event at Nottingham Waterstones in October; I am also trying to make appearances at other festivals and events.

In terms of writing, I am halfway through the first draft of my second novel, which is a high-concept sci-fi for a 9-12/Teen audience, dealing with themes of child abuse and mental ill health - two issues that I feel need to be explored more in children's fiction. This departure from historical fiction is inspired by the fact that I work in frontline children's social care and I suffer from OCD, so I am pouring a lot of heart into this next project. I will be pitching it to Unbound when I have finished and edited it sufficiently, so watch this space.

Max's book was released on the 26th of April, this year by Unbound. Available to purchase in treebook format or ebook from Amazon 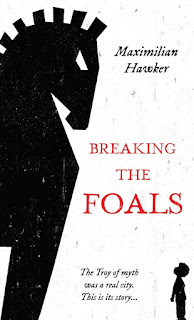