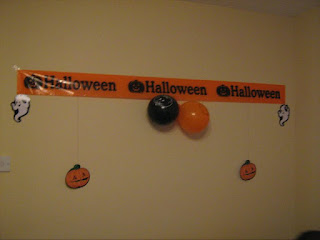 Happy October you guys, I LOVE Halloween and for the month of October I generally read all things spooky, scary, horror and or supernatural. So, it is perfect to have an author whose first book has pretty much all of that. 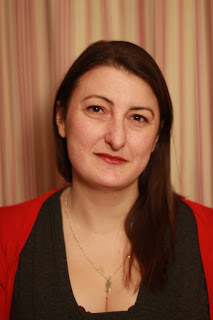 What is Dark Dates about, no spoilers obvs.

Dark Dates is set in a world where vampires live secretly but relatively peacefully alongside humans (most of the time, anyway!). The heroine Cassandra discovered this in her teens and, as she got to know that world more, decided to set up a dating agency matching humans and vampires for consensual feeding. But not everyone in the paranormal world approves of this détente between humans and vampires and her business attracts a lot of trouble.


what made you go for a story with vampires and other beings rather than just vamps?

The books originally started as a short story I wrote for a vampire-loving friend, but the idea was so fun I ran with it. I was also working in Smithfield, London at the time – an area rich with history – and thought it would be interesting to imagine what it was like to have lived through that period and now be in modern London. I’ve written in other genres, too – my book Bridesmaid Blues is a straightforward romcom set in my home town of Newcastle – but it was fun to work in this, as I’ve always been a fan.


How many books do you think we will see in the series?

I have no idea! I don’t have an arc mapped out, so I tend to just go along with what comes to me. Cassandra is a unique lady, will the reader (and Cassandra) learn more about her Sense as the books go on? Yes – her Sense is very nebulous and ill-defined in the first book because she only uses it for limited things, but she gets better at it as the books go on. Never to the point of it being a superpower or anything – I want her to remain recognisably human and vulnerable – but out of necessity she learns to use it more, so we get more insight into how it works.


Who is your favourite character and why?

I love all the central characters – Cass, Cain, Laclos, Medea and Katie – in different ways, and for different reasons. Laclos is the most fun to write , though, because he can be as outrageous as he wants to be.


If you could put a famous vampire into your story, who would you pick and why?

That is a fantastic question! I can imagine Laclos would have a lot of fun teasing serious, moody vamps like Angel or Lestat. Angel and Cain would probably get along…


What are you reading just now?

Right now, I’m reading a doorstep sized biography of the painter Edward Burne-Jones by Fiona MacCarthy called The Last Pre-Raphaelite, which is fascinating, alongside a much lighter read, The Diary of a Bookseller, by Shaun Bythell. I used to work in a bookshop – several bookshops, actually – so this is bringing back memories.


What is next for Tracey?

I have a few projects on the go right now, including the next Dark Dates book, so keep your eyes open!


Anything else I missed you want to answer?

No – thank you for having me!


Tracey Sinclair is an author and freelance editor and writer. Her books include the romcom The Bridesmaid Blues and the Dark Dates/Cassandra Bick series, the latest of which, Angel Falls, is out now. All three novels in the Dark Dates series are on offer for 99p on Kindle throughout October.

Thanks so much to Tracey for taking time out to chat to us and if that isn't treat enough, I am giving away my pre loved copy of Dark Dates. You can find my review HERE. As always, use the Rafflecopter below to enter, the more entries you complete the more times your name goes into the hat. 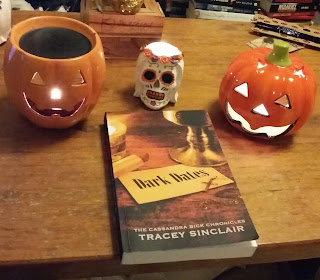 a Rafflecopter giveaway
Posted by So many books, so little time at 01:08