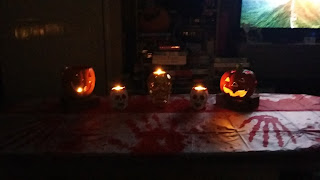 Happy Halloween you guys, as you may have noticed if you follow my Instagram or the FB page you will know I love Halloween and have wee decs around the house. So I know I did a Q&A with Tracey Sinclair and a wee giveaway, I have another for you. The lovely Mary Hallberg has taken some time out from recovering, get well soon Mary, to answer some questions about her book. 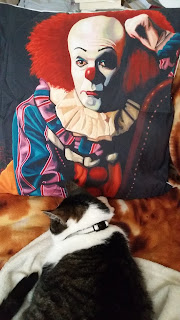 Hello and welcome to So Many Books, So Little Time – thanks for taking the time out to stop by and answer some questions. 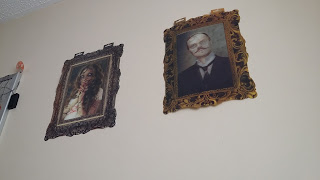 What is State of Emergency about, without spoilers obviously.

STATE OF EMERGENCY is about a girl named Dallas who loves zombie movies. One night while she’s backstage at a concert, she witnesses the beginning of a real zombie outbreak and knows she has to get to safety.


Is this your first book and if so what made you go Zombies?

It’s the first book I’ve ever published, but I think it’s the fourth or fifth I’ve actually written. Up until a few years ago, I never found zombies very scary. Then one night I had this nightmare about being trapped in a room with a zombie horde on the other side. So I thought it would be cool to write about a zombie outbreak, but do it a little differently. Most zombie novels and movies today just gloss over the beginning of the outbreak, then drop us into a character’s life twenty years later or something. But I think the beginning is the scariest part, when you’re watching everything around you go from normal and familiar to complete chaos.


What made you choose the location?

I grew up in south Mississippi, so I go to New Orleans a lot. It’s the perfect place to set a horror story because there’s so much supernatural lore attached to the city. And of course the mountains are a great place to hide from zombies because they’re hard to get around in, so I knew the characters would need to go to northern Alabama or Tennessee.


I felt the book could have been so much longer (always wanting more with zombies) what made you go novella?

It was initially a little longer, but I trimmed several major scenes because all the initial readers I had giving me feedback said they didn’t make sense. I have them available as deleted scenes for my newsletter subscribers.

Possibly. I’ve got some ideas for where a sequel could go.


Do you have a favourite character and why?

I really like Pierce, just because he’s been through so much and I feel for him, but also because, even with everything he’s going through, he still cares immensely for Talia. He and Dallas clash a little bit at first because she sees him as this dude trying to take her baby sister away from her. But ultimately, they both have the same goal: To protect Talia.


Are you reading anything just now?

I just started FINAL GIRLS by Riley Sager. I really like it.


What is next for Mary?

I’ve got a short story coming out next month, maybe a couple more in 2018, and a novella in October 2018. I’ve got tons of stuff in the pipeline but no official release dates yet.

My website is www.maryhallberg.com. I’ve got a contact page there with all my social media, as well as a newsletter people can sign up for if they want all the latest news on what I’m up to.

I’ve got plenty of stuff to release, so if you enjoyed STATE OF EMERGENCY or just like horror in general, be sure to follow me for more. I hope people enjoy reading my work as much as I enjoyed writing it.


And if all that isn't enough, I am offering up my pre-loved copy of Mary's book (only the book in the photo I am afraid). 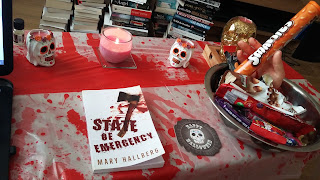 As always, enter using Rafflecopter. The more entries you complete the more chances you have, good luck guys.


a Rafflecopter giveaway
Posted by So many books, so little time at 15:11