Today is my turn and closing the blog tour for book "The Raven" by author Joonathan Janz. 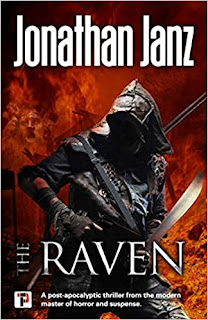 About the book
Fearing that mankind is heading toward nuclear extinction, a group of geneticists unleash a plot to save the world. They’ve discovered that mythological creatures such as werewolves, vampires, witches, and satyrs were once real, and that these monstrous genetic strands are still present in human DNA. These radical scientists unleash the bestial side of human beings that had been dormant for eons, and within months, most people are dead, and bloodthirsty creatures rule the earth. Despite the fact that Dez McClane has no special powers, he is determined to atone for the lives he couldn’t save and to save the woman he loves. But how long can a man survive in a world full of monsters? 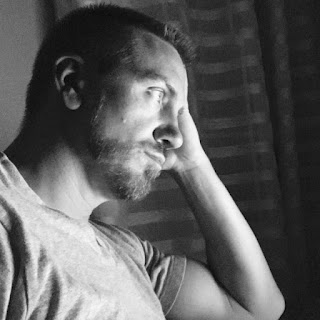 About the author
Jonathan Janz grew up between a dark forest and a graveyard, which explains everything. Brian Keene named his debut novel The Sorrows "the best horror novel of 2012." The Library Journal deemed his follow-up, House of Skin, "reminiscent of Shirley Jackson's The Haunting of Hill House and Peter Straub's Ghost Story" Since then Jonathan's work has been lauded by writers like Jack Ketchum, Edward Lee, Tim Waggoner, Bryan Smith, and Ronald Kelly. Novels like The Nightmare Girl, Wolf Land, Savage Species, and Dust Devils prompted Thunderstorm Books to sign Jonathan to an eleven-book deal and to give him his own imprint, Jonathan Janz's Shadow Side.

The Raven by Jonathan Janz
My rating: 4 of 5 stars

The world is a mess, civilisation has ended as we know it, scientists are our downfall and activate something within our dna, junk dna. Now the world is a ruin, inhabited by creatures of our nightmares, myths and legends now walking among us. Dez is our main character, a guy on a mission trying to find what is his and survive against the many opponents and beings out there.

We have werewolves, vampires, cannibals and that is just the start. Dez has to get over his own insecurities (we see some of these via diary entries) as we follow him through this new world and those he meets along the way. Not everyone can be a baddie can they? You have to trust someone along the way and find your own place in this horrific new world.

Brutal, murder, death, viciousness, cannibalism, horror, gore and dear lord an eyeball scene ooft, fans will be delighted over some of the vicious mank and death splattered over the pages. I think this book is just scratching the surface, a foundation book that has the making for an epic and long series. A drop of humanity in a world of barbarism, a destructive journey that sees one man pushed to lengths and limits that questions who he is at his core. I do hope the author is planning on delving into some of the creatures mentioned briefly or in passing and seeing some of the characters appearing in a book two (three, four etc). 4.5/5 for me, we are on a mission with the main character, danger on every corner and I just wanted to spend more time with so many of the characters, know their stories and transitions! Here is to the writing Gods that Janz is going to revisit these guys and there will be a book two!