February hasn't been the most active with posts on here as you may have noticed if you are a regular visitor to the blog, I also have only read 5 books this month which, for me, isn't a lot considering I had some time off. Well there has been lots going on and most recently has been with Princess Trixie (the adorable kitty that features on here). 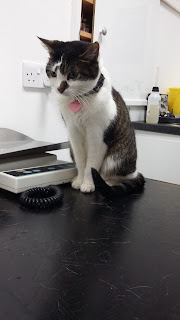 We took her in for her check up, she is 16 has stage 3 kidney failure and every day we get is one more than we expected but she had been grand. It wasn't great news, her health had deteriorated, her weight dropped 7%, her eyesight was going, arthritis is getting worse and starting in her front legs. We left and it was pretty emotional however she got some strong painkillers which seen her rally the last time & they took some bloods. 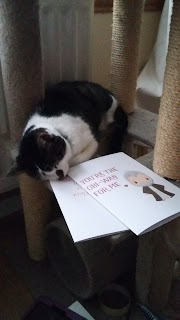 We got a phone call from the vet on Saturday to say all bloods were much better than expected, we were going out to celebrate a friends big birthday so it turned into a double celebration. And what better way to celebrate than with my fav drink and a wee goblet with a super cool nerdy bottle opener. 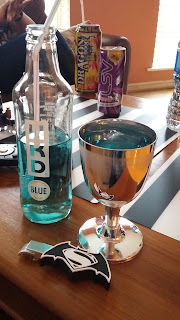 One night after her painkillers and we had a very playful kitty, if you follow us on Instagram (Always_reading) you can see a wee video of her! 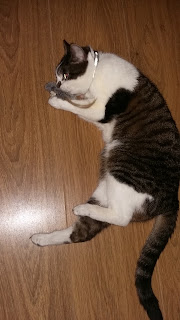 So now that we have our blog mascot fighting fit for another day, I am considering trying a new feature as I don't know about you but I LOVE seeing peoples furbabies and books so watching this space. Now I can concentrate on reading I can get stuck into the ever growing TBR list and I have some time off coming up which is just as well with all the incoming reviews. 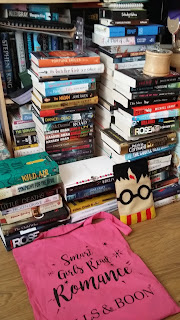 Today will be catching up on my reviews, I have already posted my thoughts on Rattle, the new debut by Fiona Cummins and hoping to get another few up and finish my current read. I wanted something a bit different and it has been a while since I added to my zombie reads so today is Underground from the ZomB series by Darren Shan. 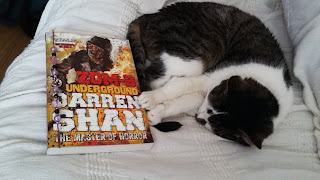