Q & A with Dreda Say Mitchell

Warm welcome to the fabulous Dreda Say Mitchell, here to talk about her new book Blood Sister, the first in a new trilogy. You can read my review here. 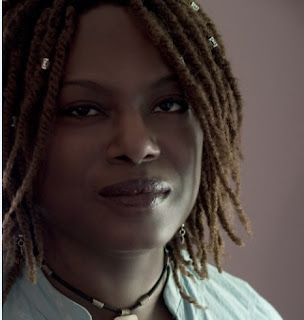 1. What gave you the idea for Blood Sister?

I was enjoying writing my new DI Rio Wray thriller series when I did one of the many prisons visits I do, talking about my life and being a writer. On this occasion it was a woman’s prison and chatting to the inmates re-ignited my interest in writing about the working class people I grew up with, especially the women. And of course the trials and tribulations, including crime. So that’s how I came up with writing the Flesh and Blood trilogy; about the lives of three generations of women in one family spanning four decades.

2. Tiff and Jen are night and day, did you think of creating them like that straight away or did you take a while to mould them?


Pretty much straight away. I wanted two sisters who have the same goal – to get off The Devil’s Estate – but who go about it in very different ways. One, on the straight and narrow and the other on the criminal highway. I had a total ball writing them.

3. Did you know straight away it was going to be a trilogy?


I knew I wanted to write a criminal saga and that was going to take more than one book. I’ve written a trilogy in the past and found it to be a good way of planning a series of novels.


Blood Mother spans thirty years. We start in 1972 and end up in 2003 where Blood Sister ends.

5. Without giving the game away, what can we expect from book two?


Love, love, love Blood Mother. This is Babs’ – Tiff and Jen’s mum’s – story. Babs is a young woman who finds herself in trouble – twice over! She finds herself pregnant in the early seventies, which was a harsh and unforgiving time to be an unwed mum. Then she thinks she’s found the man who will save…but he turns out to be more Devil in disguise than knight in shining armour.

6. Are you reading anything just now?


2 books I’ve recently read that I couldn’t put down.

The Unseeing – Anna Mazzola
Cut To The Bone – Alex Caan
Both are debuts authors who I predict amazing things for!

7. For anyone who hasn’t read your work before, how would you describe it?


The Flesh and Blood trilogy and much of my work is about women behaving very badly indeed! But also exploring their vulnerabilities and their relationships. And, at the centre of it all, is crime.

8. Where can fans find you?

And if that isn't treat enough, I am offering up my copy of Blood Sister as a giveaway prize. All you have to do is complete the entries in the Rafflecopter below.