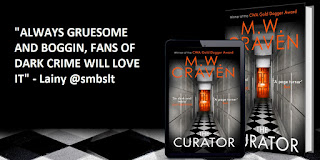 Today is my stop on the blog tour for "The Curator" by author M W Craven, for my stop I have my review. 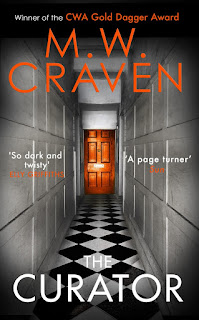 A serial killer is leaving displayed body parts all over Cumbria.
A strange message is left at each scene:
Called in to investigate, the National Crime Agency's Washington Poe and Tilly Bradshaw are faced with a case that makes no sense. Why were some victims anaesthetized, while others died in appalling agony? Why is their only suspect denying what they can irrefutably prove but admitting to things they weren't even aware of? And why did the victims all take the same two weeks off work three years earlier? And when a disgraced FBI agent gets in touch things take an even darker turn. Because she doesn't think Poe is dealing with a serial killer at all; she thinks he's dealing with someone far, far worse - a man who calls himself the Curator. And nothing will ever be the same again . . . 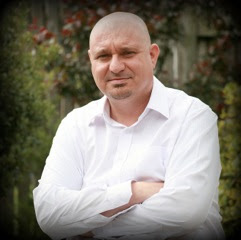 A brand-new voice in British crime fiction, M. W. Craven was born in Carlisle but grew up in Newcastle. He joined the army at sixteen, leaving a decade later to complete a social work degree and spent seventeen years as a probation officer in Cumbria, rising to the rank of assistant chief officer. 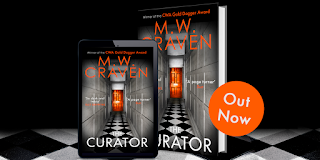 Available to buy NOW, treebook and ebook, from Amazon.

Criss Cross by James Patterson
My rating: 4 of 5 stars

A killer with all the skills of a master detective has made Alex Cross the subject of his deranged "investigation."
In a Virginia penitentiary, Alex Cross and his partner, John Sampson, witness the execution of a killer they helped convict. Hours later, they are called to the scene of a copycat crime. A note signed "M" rests on the corpse. "You messed up big time, Dr. Cross."

Was an innocent man just put to death? Alex soon realizes he may have much to answer for, as "M" lures the detective out of the capital to the sites of multiple homicides, all marked with distressingly familiar details -- details that conjure up decades-old cases. Details that conjure up Cross family secrets. Details that make clear that M is after a prize so dear that -- were the killer to attain it -- Alex's heart would no longer have reason to beat.

An execution, a family convinced Cross and the state are killing the wrong man and soon after another murder, taunting Cross he got the wrong guy. M has been playing with Cross for years and is back, this time the stakes are higher and much is at risk.

I love the Cross books, the family, the pace and the chapters are only a page or two long so perfect as I have, like many, been struggling to read during lock down. This has brought my mojo back, we see more of our beloved Cross family, yet another cat and mouse type case. A murderer taunting the police and taunting Alex specifically. Is this another copycat? Did Alex catch and convict the wrong man?

As always a good pace, engaging, roping the reader in from the opening pages. 27 books in and I still love the series, if you have enjoyed the previous books you will enjoy this one. If you haven't read Patterson before you could start here but I would advise heading back as so many great stories before this one and you get all the back history. 4/5 for me this time, I look forward to the next in the series! I wish they would make more films of the Cross books, every time I read Cross talking I hear Morgan Freeman's voice, we need more of Mr Cross on the big screen!