Holding Out for A Hero by T E Kessler - blog tour

Today is my turn on the blog tour for "Holding out for a Hero by T E Kessler. 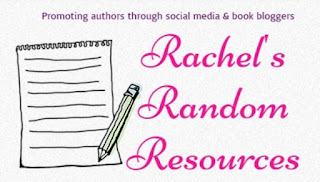 When she was a child, her mother was murdered and subconsciously ever since, journalist Macy Shaw has been searching for a hero.

​ She found one, but the hero she found was a Jelvia.

​ Undeterred, she used her connections to go after the biggest story of her life.

​ Narcifer saved a woman by merely being a Jelvia—his presence causing terror and making the assailants flee.

​ And it amused him when his “heroism” created a national stir, so when a pretty little red-head asked to interview him for a story, Narcifer felt compelled to grant it to her, especially when she gave all the signals that she wanted more than a story.

However, on the night Narcifer inadvertently became a hero, he had been tracking a scientist with orders to kill, and strangely no matter where Narcifer’s line of investigation took him, his search always brought back to the red-headed journalist, Macy Shaw.


Buy link from Amazon - out to buy NOW. 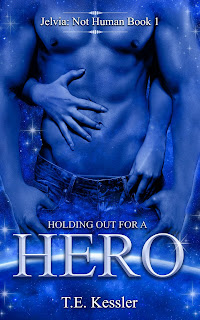 Tina Kessler writes steamy romance for the 18+ market and is the pen name of Louise Wise.

Louise Wise is a British author from the Midlands in England. Her debut novel is the acclaimed sci-fi romance titled EDEN, which was followed by its sequel HUNTED in 2013.

Forthcoming, JELVIA: NOT HUMAN series is themed on the above Eden and Hunted books.

HOLDING OUT FOR A HERO book 1

Wise took the decision to write under the name of T. E Kessler for her JELVIA: NOT HUMAN series to separate them from her regular novels to the mature material. Her other works include:

Wise enjoys writing comedy and finds a place for it in ALL her books. She has written numerous short stories for women’s magazines such as Take a Break and Woman’s Own.

For my stop I have an extract, enjoy.

Macy Shaw, a journalist, has become obsessed with Jelvias—another species living alongside the human—and is certain they aren’t the heinous assassins the media claim them to be.

Taking advantage of her obsession, her boss calls on her to interview Narcifer, a Jelvian man. Ultimately, Macy falls for the handsome Jelvia until it becomes clear to her that she’s a pawn between her world and the world of the Jelvias.

An extract from chapter thirty-nine

There was a commotion behind her. Knowing Narcifer had discovered her missing and was coming after her, she pushed past Samuel and began to run towards the front entrance of the hotel where the hotel’s carpark, and Narcifer’s Ranger, was located.

Behind her, the foyer doors bashed open and she turned to look; a brief second to see that Narcifer, bare-footed like her, wearing only jeans, his body and hair still wet from the shower, was pounding across the foyer after her. She turned for the doors, pushing through them, hearing but not hearing the panicked shouts and screams behind her as everyone became aware of the Jelvia in the building.

She ran towards the carpark’s gated doors and pushed through them. The last time she had been in his car was after he rescued her from the cellar, and she’d been exhausted. She couldn’t remember which floor it was parked on, and only knew it wasn’t the first.

The sound of him crying her name was partially drowned by someone screaming, but she didn’t look round. She sprinted up the stairs towards the second floor of the carpark. She had almost made it when his arm circled her waist and pulled her back against him. She struggled, kicking his shins but his hold only tightened. His breath fanned her right ear.

Macy and Narcifer looked up. A man was looking out of his car’s window, about to pull into a parking space. A woman was looking on anxiously in the passenger seat, and two kids in the rear were looking agog at them. The man’s choice of words was audible as he noticed Narcifer’s all-black eyes.

‘Help me!’ screamed Macy, and she began to kick and wriggle in Narcifer’s arms.

‘There goes your hero,’ Narcifer said.

One of his hands was around her waist, the other was around her chest, flattening her breasts and pinning her arms. She lowered her head and sank her teeth into his bare arm.

He cursed and let her go. She fell to the floor, on her knees.

‘Macy!’ he said. He sounded concerned, but she jumped up and broke into a run.

She saw the Ranger and aimed the key fob at it, bleeped it open.

She ran for the door, but Narcifer was quicker. Using the full length of his body, he pinned her against the car with her face pressed against the window. He flipped her around.

Both were breathing hard.

She couldn’t look at him, and fixed her gaze to the centre of his chest, where it rose and fell rapidly.

‘Tell me you haven’t been hired by Johnsten to sleep with me for information,’ he said.

‘What!’ Shocked, she glared at him, her eyes sparkling with unshed tears. He stared back at her. He looked so tense, and his usually twinkling eyes were dry, black orbs. There was no trace of his boyish grin on his face. He looked rigid and unfriendly.

‘Have you been hired by Johnsten to use me for information of the whereabouts of Aldarn?’

A small muscle jerked in his cheek.